A recent poll from NBC News found that 80% of both Republican and Democratic voters believe the opposing party poses a threat to America, and fear of this threat is driving an increased interest in the upcoming midterm elections. Registered Independents polled slightly less polarized, with 54% believing Republicans are a threat to America, and 43% believing the same about Democrats. 57% responded that this midterm election season was more important than previous ones. 47% want Democrats to control Congress after the midterms elections, compared to 46% who want Republicans in control.

Key Quotes: Jeff Horwitt of Hart Research Associates, who conducted the poll, said that “many voters will be casting ballots with anger on their minds. We just don’t know which side will be angrier.” The wording of the question regarding threats to America asked if the respondent believed the opposing political party “poses a threat that, if not stopped, will destroy America as we know it.”

For Context: The heavy interest from voters reported in the poll is evident in the high turnout already seen in early voting in states like Georgia. The poll was conducted from October 14 to October 18 and included 1,000 respondents, with a margin of error of 3.1%.

How the Media Reported it: The statistical breakdown of the polarized state of the nation was reported across the spectrum, with little analysis offered beyond simply republishing the numbers and percentages. 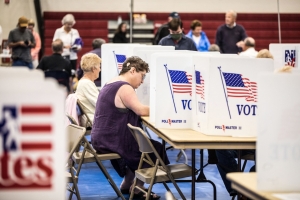 Less than three weeks before Election Day, voter interest has now reached an all-time high for a midterm election, with a majority of registered voters saying that this election is “more important” to them than past midterms.

What’s more, some 80% of Democrats and Republicans believe the political opposition poses a threat that, if not stopped, will destroy America as we know it.

And two-thirds of reliable Democratic and Republican voters say they’d still support their party’s political candidate, even if that person had a moral failing that wasn’t consistent... 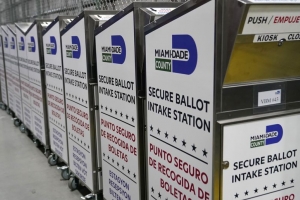 Concerns about democracy and anger are fueling voter enthusiasm and polarization just over two weeks before Election Day.

Roughly 80% of Democrats and Republicans said in an NBC News poll released Sunday that the opposing party’s agenda “poses a threat that, if not stopped, will destroy America as we know it.”

Independents were less polarized, with 54% saying a GOP agenda poses such a threat and 43% who said the same of Democrats.

Two-thirds of likely Democratic and Republican voters said they would still back their party’s political candidate, even...

8 in 10 Democrats, Republicans say opposition would destroy America if not stopped: survey
The Hill 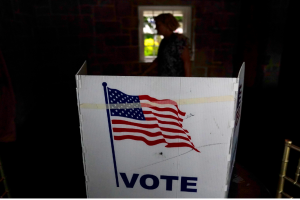 Majorities of Republicans and Democrats in a new poll said that the opposition party would destroy America as we know it if it is not stopped.

In addition to the findings on polarization in...