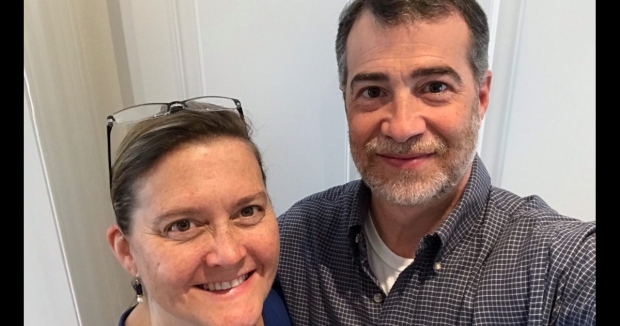 Editor's Note: This podcast was created by Braver Angels, and originally published on braverangels.com.

Barbara Thomas is a lifelong liberal. Rick Hotchner is a committed conservative. As a couple, they are one of a dwindling number of politically mixed marriages between Democrats and Republicans in America. They made a life-changing decision last summer to leave a diplomatic post abroad to depolarize America—one divided relationship at a time.

How do they stand each other when they can’t stand each other’s politics? What tips and tricks have they learned to always disagree but rarely argue? And what did they do when, during the run-up to the 2020 election, they didn’t speak to each other for days? Tune in as host Mónica Guzmán leads a frank and open conversation with a fascinating couple whose enduring relationship is a model for our country.

Listen or watch the podcast below:

Monica Guzman is the Director of Digital and Storytelling at Braver Angels. She has a Lean Left bias.