Elizabeth Warren, Banking And Finance, Federal Reserve, Jerome Powell
Save for Later
From The Center 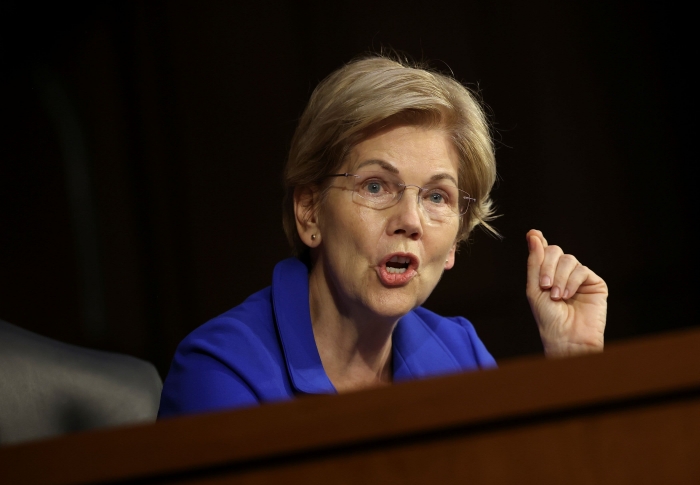 Sen. Elizabeth Warren charged Tuesday that Federal Reserve Chairman Jerome Powell has led an effort to weaken the nation’s banking system, and she vowed to oppose his renomination.

In remarks made during a hearing before the Senate Banking Committee, the Massachusetts Democrat cited several instances where she said the Powell Fed has watered down post-financial crisis bank regulations.

Read full story
Some content from this outlet may be limited or behind a paywall.
Elizabeth Warren, Banking And Finance, Federal Reserve, Jerome Powell