This election season, empower others to better understand the news.

Balanced News from the Left, Center and Right

AllSides Headline Roundups™ bring you top news stories from the left, center and right of the political spectrum — side-by-side so you can see the full picture.

We rotate the order of headlines to avoid biasing our coverage in favor of the left, which otherwise would always be listed first.

Rudy Giuliani has been called on to testify before a special grand jury in Georgia investigating efforts by former President Donald Trump and his supporters to overturn the 2020 election....
From the Right
Rudy Giuliani Under Criminal Investigation In Georgia
The Daily Wire

By signing up for the Story of the Week newsletter you agree to our privacy policy. See all newsletters 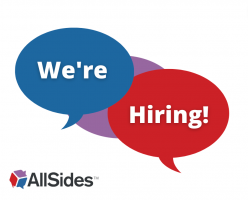 Interested in joining our team? Check out our job postings for remote full-time and part-time opportunities.

Fund the solution — not the fight.
Join AllSides. 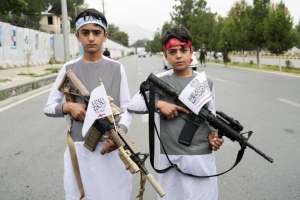 From the Left
Violence, hunger and fear: Afghanistan under the Taliban
NBC News (Online)

From the Center
A year after Biden's Afghanistan exit, accountability in short supply
Reuters 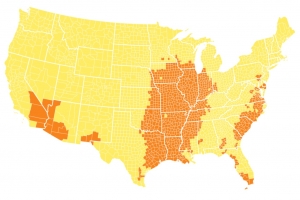 From the Left
By mid-century, a third of Americans will live in dangerously hot areas, report predicts
CBS News (Online)

From the Right
More than 100 million Americans from Texas up to Wisconsin will live in an extreme heat belt by 2053 where at least one day a year will reach 125F, new study says
Daily Mail

From the Center
‘Extreme heat belt’ will impact more than 100 million Americans: study
The Hill

How Will Drug Prices Be Affected By the Inflation Reduction Act?

See how Deseret News, Center For American Progress and CNBC cover this story.

See how The Guardian, Fox News (Online News) and The Hill cover this story.

Balanced News on the Go.

More News from the Left, Center and Right

News from the Left

News from the Center

News from the Right