See election news coverage, state-by-state voting information, and everything you need to know about what's on your ballot. 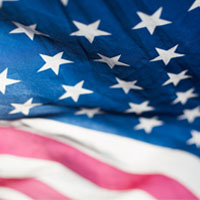 We don't tell you how to vote or think.

Media often manipulates you to think, feel, and vote a certain way. AllSides does things differently.

We empower you to understand the news and decide for yourself. We don't demoralize, confuse, manipulate or mislead you.

Become a sustaining member of AllSides with a monthly contribution today.

$3
$10
$20
Other
Or make a one-time donation without committing to a membership.

We don't tell you how to vote or think. We empower readers to decide for themselves.

Support AllSides
Become a sustaining member to fund our work.
Or make a one-time donation without committing to a membership. 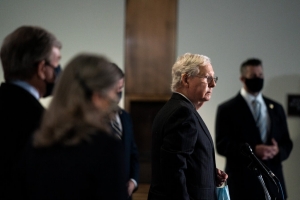 Senate Majority Leader Mitch McConnell is warning Republican Senators against making a deal on a coronavirus relief bill before the November election, knowing that the Senate Republicans... 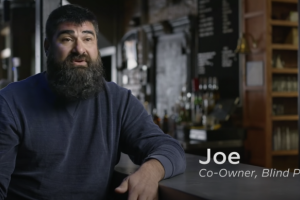 2020 Election Fact Checking: Get balanced fact checking on the presidential election from throughout the political spectrum. 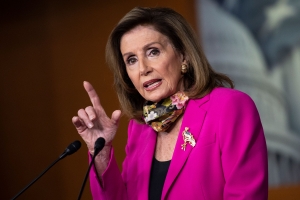 From the Left
McConnell Warns Trump Administration Against Stimulus Deal, Says It Will Divide Republicans
Newsweek 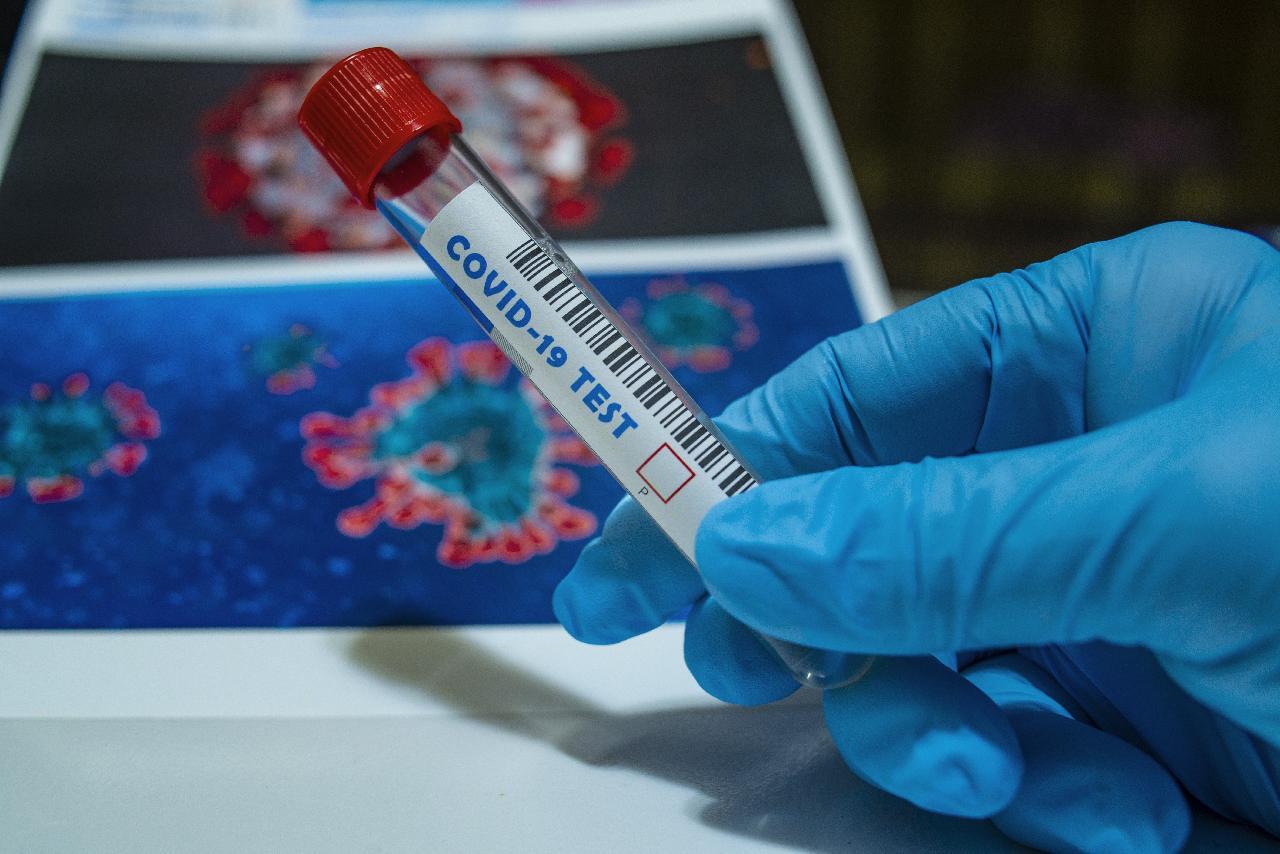 Trump vs. Biden Quick Links: Coronavirus Plan
How do Donald Trump and Joe Biden's coronavirus management plans compare? We offer an easy-to-read breakdown of each candidate's game plan, as well as links to other coverage of the issue from all sides of the spectrum.
Go ad-free! Support AllSides.
About these ads

Be part of the solution — not the fight.

News from the Left

During the pandemic that has killed over 200,000 Americans so far, Fox News host Laura Ingraham and her guests have promoted at least seven different...

GOP leader suggests Democrats are not negotiating in good faith and could disrupt Supreme Court nomination. Prospects for an economic relief package...

Media Industry
Trump broke the press. Here’s how to fix it.
ANALYSIS

Last Friday, Democratic presidential nominee Joe Biden was confronted by a CBS reporter as he stepped off a plane. “What is your response to the New York...

As we approach what will perhaps be the most important election of our lifetimes, this country is also witnessing a mass reckoning with the United States’...

Safety and Sanity During COVID-19
How Does Your COVID-19 Risk Tolerance Compare to Others?

After a long spring and summer of shuttered restaurants, grounded flights and empty theaters, most states have gradually allowed at least some...

Race and Racism
The Women Behind the Million Man March
OPINION

An Ohio public school has been giving students extra credit for watching videos from PragerU, a right-wing website that produces clips of talking heads such...

EVEN IF President Donald Trump loses on November 3, it’s hard to imagine that he’ll ever be convicted of any crime, much less serve time in prison. ...

Misinformation and conspiracy theories swirling around the 2020 presidential race are reaching an "alarming" number of Latino voters in Florida through...

Joe Biden’s transition team is vetting a handful of Republicans for potential Cabinet positions — despite doubts it will win him new support from the right...

As Election Day nears, President Donald Trump and his supporters are urging greater scrutiny of Hunter Biden, the son of his opponent, Democratic nominee...

Elections
Electoral college explained: how Biden faces an uphill battle in the US election

Trump won the presidency in 2016 despite Clinton receiving almost 3m more votes, all because of the electoral college. How does the system work? When...

Senate Republicans don’t seem eager to approve a stimulus deal, even if House Speaker Nancy Pelosi and the White House reach an agreement. This past...

Healthcare
What if a Pill Can Change Your Politics or Religious Beliefs?
OPINION

How would you feel about a new therapy for your chronic pain, which—although far more effective than any available alternative—might also change your...

News from the Center

A large majority of voters say it is important for Americans to know who won the presidential election within a day or two of Election Day. But just half...

White House and Democratic negotiators said they would press ahead with efforts to reach a sweeping coronavirus relief deal after making progress Tuesday,...

During a town hall event on Oct. 15, NBC News’ Savannah Guthrie pressed President Donald Trump on his sharing of a baseless conspiracy theory that accused...

Elections
How Kamala Harris highlights what women in politics face

With Senator Kamala Harris as a historic vice-presidential running mate, it's impossible to avoid the topic of gender this election cycle - but are the...

This Abridge News topic aggregates four unique arguments on different sides of the debate. Here are the quick facts to get you started:...

Dianne Feinstein has served in the U.S. Senate since 1992, longer than all but four of her colleagues. Only seven Senators other than Feinstein have held...

Two new peer-reviewed studies are showing a sharp drop in mortality among hospitalized COVID-19 patients. The drop is seen in all groups, including older...

Marijuana Legalization
Science Reveals The Cannabis Industry’s Greatest Lie: You’re Buying Weed Wrong (And So Is Everyone Else)
ANALYSIS

There’s much more to cannabis than THC—for solid proof, look no further than the CBD boom—but when it comes to moving product on the legal recreational...

In this article we’ll provide a brief overview of each candidate’s stance on the Supreme Court and court packing, and give quick...

The Senate Leadership Fund, a super PAC associated with Senate Majority Leader Mitch McConnell, raised more than twice as much this September as it did two...

On Aug. 11, 2017, a United Arab Emirates helicopter filled with soldiers taking part in an offensive against al Qaeda militants crashed in Yemen, leaving...

Elections
If America Were in Africa
OPINION

In April 2013, when I was the Deputy Assistant Secretary of State for African Affairs, I accompanied former U.S. Ambassador to the United Nations and Mayor...

News from the Right

Last Thursday night Joe Biden participated in a town hall in Philadelphia, where he answered questions from an audience and ABC’s George Stephanopoulos....

They could well make the difference in a number of key battleground states. To prevent Donald Trump from winning a second term, Joe Biden has to...

Joe Biden’s campaign announced another “lid” on Monday morning, announcing their candidate would avoid all contact with reporters for four entire days...

Pollster Frank Luntz accused the Trump campaign on Tuesday of being the “worst” he’s seen in the last 40 years, focusing on the wrong issues as Election Day...

Abortion
Anti-abortion group fighting back after university senators say their opinions are 'hateful,' not 'equal'

Students for Life of America (SFLA) is seeking to obtain recognition from the University of Northern Iowa (UNI) after its student Supreme Court argued the...

Democrats in Sacramento have been rewriting election laws to help their party “ballot harvest.” But now Republicans have figured out how to play the same...

Criminal Justice
Federal violent crime initiative results in more than 1,500 arrests across US over last 3 months

President Donald Trump and Joe Biden are statistically tied among Catholic voters in six battleground states, according to a new poll by EWTN News/Real...

US Senate
McConnell: Senate will vote Monday to confirm Barrett to Supreme Court

Politics
What Happens on Campus Doesn’t Stay on Campus: Why Socialist Organizing Should Concern Us All
OPINION

New polling from Gallup shows another bump in voters’ approval of Judge Amy Coney Barrett’s confirmation to the Supreme Court. A 51 percent majority of...

Free Speech
'Where Would the Black Lives Matter Movement Be Without the Right To Free Speech?'

Elections
Trump Is Giving Up
OPINION

Against both the coronavirus and Joe Biden, the president’s strategy increasingly accepts defeat. Donald Trump can still win the 2020 presidential...

Media Bias
If Joe Biden lies and the media ignore it, does he make a sound?
OPINION

Shawn Steffee was at a political function in Indiana County, Pennsylvania, last Thursday evening when he started receiving an overwhelming number of calls...