YouTube, which is owned by Google, removed a video created by nonprofit Project Veritas, a site that aims to expose corruption, about Google and its alleged bias. The video showed undercover footage of Google's Head of Responsible Innovation Jen Gennai discussing the tech giant’s search algorithm. Those on the right say Gennai’s comments mean Google is biased and the search giant is taking a role in influencing what information is available to shape elections. Gennai says the video was selectively edited to appear ominous. As of Tuesday evening, the story is largely being ignored by media outlets on the left. 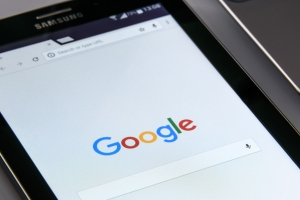 This morning, YouTube, which is owned by Google, removed a video created by Project Veritas, a nonprofit founded by conservative James O’Keefe that is dedicated to exposing corruption. The video showed undercover footage of Google executive Jen Gennai discussing the tech giant’s search algorithm. Some of those on the right say Gennai’s comments confirm Google is biased and that the search giant is taking a role in shaping elections. As of Tuesday evening, the story is largely being ignored by media outlets on the left. Overall, the controversy raises concerns... 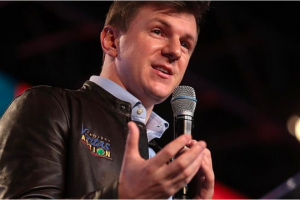 Well. Shocking… but not shocking at all.

Project Veritas and founder James O’Keefe have scored a scoop from an identified Google whistleblower, replete with video and inside documents. Here’s the Project Veritas headline and story:

The story begins this way:

"(New York City) — Project Veritas has released a new report on Google which includes undercover video of a Senior Google Executive, leaked documents, and testimony from a Google insider. The report appears... 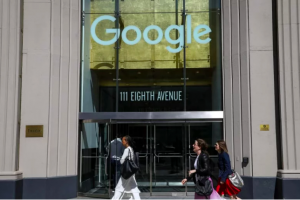 Jen Gennai, head of responsible innovation and global affairs at Google, wrote in a Medium post that members of James O’Keefe’s conservative group Project Veritas filmed her without her consent and “selectively edited” her words to make it seem like Google was influencing the 2020 election. Gennai called this nonsense and wrote that “I was explaining how Google’s Trust and Safety team is working to help prevent the types of online foreign interference that happened in 2016.” Gennai quotes Google CEO Sundar Pichai in saying that “we do not bias...

In January 2020, Facebook executives began paying attention to a new coronavirus spreading across the globe. The virus was deadly and highly contagious, and...

Just a month ago, Peter Cassidy was working at an airport in the small ski town of Montrose, Colorado. But as the novel coronavirus trickled into his county,...

Our weird behavior during the pandemic is messing with AI models

ON RARE OCCASIONS, the Indian government—which prides itself on visions of universal digital literacy, online services, and biometrical identity schemes—still...

Did You Fall For A Coronavirus Hoax? Facebook Will Let You Know

In a new move to stop the spread of dangerous and false information about the coronavirus, Facebook will start telling people when they've interacted with...

Zoom Is a Nightmare. So Why Is Everyone Still Using It?
ANALYSIS

Since the coronavirus started spreading, our little computer and phone cameras have become the windows of our isolation, looking into other people’s lives,...

The web’s a threat to democracy? Think again, Taiwan says.

Technology and democracy have had a fraught relationship lately, with social media blamed for polarizing and coarsening politics. But Taiwan may point to...