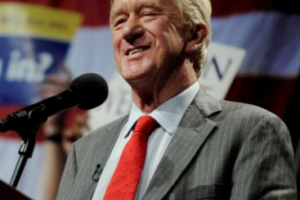 US President Donald Trump is facing a longshot challenge from within his own party ahead of next year's White House election.

Mr Weld, 73, has released a campaign video contrasting his style with the current president's.

But he faces an uphill battle to take over a Republican party that has been refashioned in Mr Trump's image.

Mr Weld was governor of Massachusetts from 1991-97 after serving in the justice department under President Ronald Reagan....

It's important to have somebody who will "put the president to his proofs" and to challenge him on his stances, former two-term Massachusetts Gov. William Weld, who has announced his primary challenge against President Donald Trump, said Tuesday.

"You ask him some questions, like, why do you think it's good to insult our military allies, why do you praise dictators?" Weld told MSNBC's "Morning Joe." "Is it because you wish the United States was more dictatorial? I'm afraid that might be the case. Why are you so angry about everything... 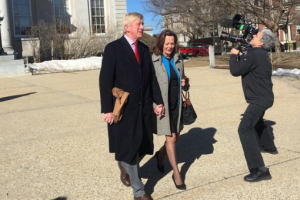 “I really think if we have six more years of the same stuff we’ve had out of the White House the last two years, that would be a political tragedy and I would fear for the republic,” Weld said during an appearance on CNN. “I would be ashamed of myself if I didn’t...

CBS News
Elections
Biden has four great options for a black female running mate. One is his best.
OPINION