Who is Leading in the Polls

Who is Leading in the Polls 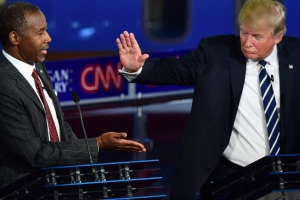 Donald Trump and Ben Carson now stand alone at the top of the Republican field, as Carly Fiorina's brief foray into the top tier of candidates seeking the GOP nomination for president appears to have ended, a new CNN/ORC poll finds. 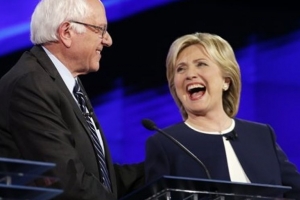 We’re waiting for hard news on the possible entry of Vice President Joe Biden into the race for the White House. Our own Ed Henry says his sources say the VP will get into the race though the announcement could still be days away. The VP is polling third behind Hillary Clinton and Bernie Sanders, but would shake up the race on the Democratic side. 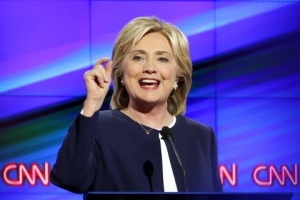 Aided by her performance in the first Democratic debate, Hillary Rodham Clinton has regained much of the ground she lost during a summer of controversy and holds a dominating lead nationally over Sen. Bernie Sanders (I-Vt.) in the contest for her party’s presidential nomination, according to a new Washington Post-ABC News poll.

The President Has Made Selfishness Our National Credo

Back in the early 2000s, an academic named Robert Sampson did one of the better-known studies in urban sociology of the past 20 years, discreetly dropping...

'We’ve got to stop the bleeding': Democrats sound alarm in Miami

Democrats are sounding the alarm about weak voter turnout rates in Florida’s biggest county, Miami-Dade, where a strong Republican showing is endangering Joe...

WASHINGTON — In a pair of decisions welcomed by Democrats, the Supreme Court on Wednesday let election officials in two key battleground states, Pennsylvania...

The morning after last month’s presidential debate, the phones inside the Philadelphia election offices that Al Schmidt helps oversee rang off the hook. One...

The Supreme Court, for the second time in two days, rejected a GOP request to shorten the deadline mail-in ballots must be received by North Carolina officials...

Veterans for Trump? Stereotype doesn’t match diversity in the ranks.

Bryce Dubee traces his drift toward the Democratic Party to his first Army tour in Iraq in 2004. A year earlier, only weeks after U.S. forces invaded, then-...

Libertarian Party (L.P.) state House candidate Bethany Baldes of Wyoming came just 53 votes away from winning a seat in 2018, in a race with fewer than 3,300...

Will Your Ballot Be Thrown Out If It Arrives After Election Day?
FACT CHECK

Author Elizabeth Gilbert—famous for her memoir Eat, Pray, Love—claimed on Facebook Wednesday that “Even if your mail-in ballot is postmarked today, if it...

Could Biden Blow This Thing?
ANALYSIS

When it comes to polling, like Jon Snow, I know nothing. I don’t know from statistics. I’m so innumerate that I’d have to phone a friend if you asked me what...