The White House announced 17 new recipients of the Medal of Freedom, the nation's highest civilian honor, on Friday.

The recipients include the late Sen. John McCain (R), Olympic gymnast Simone Biles, former House lawmaker Gabby Giffords (D), Gold Star father Khizr Khan, the late Apple founder Steve Jobs, and Sandra Lindsay, a nurse who was the first person to receive the first COVID-19 vaccine dose in the United States. President Joe Biden will present the medals at a ceremony next week. In a statement, the White House said that "These seventeen Americans demonstrate the power of possibilities and embody the soul of the nation – hard work, perseverance, and faith."

Some reports from right-rated outlets highlighted how Khan gave a speech in 2016 at the Democratic National Convention criticizing then-presidential candidate Donald Trump, which prompted backlash from Trump. 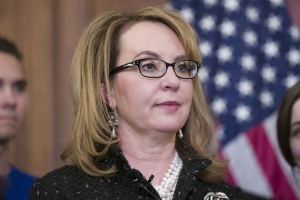 Ms. Giffords, a former House lawmaker from Arizona, founded a gun-violence prevention group after surviving an assassination attempt in 2011.

Mr. Khan is the Gold Star father who famously criticized then-candidate Donald Trump in 2016 at the Democratic National Convention, in a speech lambasting Mr. Trump’s...

Read full story
Some content from this outlet may be limited or behind a paywall.
See full media bias rating for Washington Times
From the Left
3134
General News
Steve Jobs awarded posthumous Medal of Freedom by President Biden
The Verge

Steve Jobs, the co-founder and former CEO of Apple, has been awarded a posthumous Presidential Medal of Freedom by President Joe Biden, the White House announced Friday. The Presidential Medal of Freedom is the highest US honor that can be given to a civilian, and it’s presented to “individuals who have made exemplary contributions to the prosperity, values, or security of the United States, world peace, or other significant societal, public or private endeavors,” the White House said in a statement. 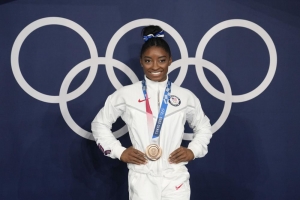 President Joe Biden will present the nation’s highest civilian honor, the Presidential Medal of Freedom, to 17 people, including actor Denzel Washington, gymnast Simone Biles and the late John McCain, the Arizona Republican with whom Biden served in the U.S. Senate.

Biden will also recognize Sandra Lindsay, the New York City nurse who rolled up her sleeve on live television in December 2020 to receive the first COVID-19 vaccine dose that was pumped into an arm in the United States, the White House announced Friday.

Biden’s honors list, which the White House shared first with The...