The FBI instructed counterterrorism agents to monitor threats against teachers, school board members and staff, according to an internal email obtained by Republicans on the House Judiciary Committee.

The email reportedly describes how the FBI created a “threat tag” in October to apply to any reports of harassment, threats or violence against school officials that might violate federal law. This revelation, according to members of the committee, conflicts with testimony last month by Attorney General Merrick Garland, in which he said he couldn't imagine federal law enforcement treating parents "as domestic terrorists." The FBI declined to comment on the letter from House Republicans to Garland that cited the whistleblower email as evidence that parents were being equated with terrorists.

The story was covered prominently by right-rated sources Wednesday. Most left- and center-rated sources hadn't covered it as of Wednesday afternoon. Reports from the right often framed the FBI and DOJ negatively and accused them of becoming highly politicized. Many voices on the right also framed Garland as a liar and condemned the FBI's purportedly hostile stance toward conservative parents. 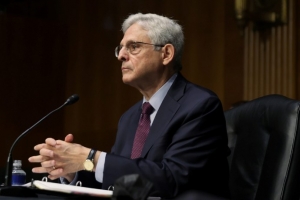 Citing an internal email provided by an FBI whistleblower, Republicans on the House Judiciary Committee revealed Tuesday that the Bureau has created a system to track threats against school board officials and administrators, and accused Attorney General Merrick Garland of misleading lawmakers when he was asked about the subject during his previous testimony before the committee.

The FBI’s “Counterterrorism and Criminal Divisions created a threat tag, EDUOFFICIALS, to track instances of related threats,” according to the email. “The purpose of the threat tag is to help scope this threat on...

Read full story
Some content from this outlet may be limited or behind a paywall.
See full media bias rating for National Review
From the Left
2043
FBI
F.B.I. Set Plan to Track Threats Against School Boards and Teachers
New York Times (News) 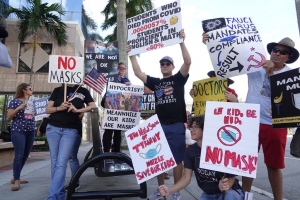 The F.B.I. has begun to track threats against school administrators, teachers and board members to assess the extent of the problem, part of the Justice Department’s effort to grapple with the heated and occasionally violent clashes over culture war issues like the teaching of racism and mask requirements.

Last month the F.B.I. created a “threat tag” to apply to reports of threats, harassment and violence against school officials, to comply with a memo sent by Attorney General Merrick B. Garland, according to a directive issued on Oct. 20 to the... 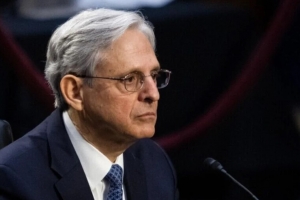 The email, which was signed by Timothy Langan, the FBI’s assistant director for counterterrorism, said the Counterterrorism Division and Criminal Division had created a "threat tag" for FBI officials to use. The email directs bureau agents to tag threats as “EDUOFFICIALS” and to "attempt to identify" the motivation behind the threat and whether there are "federal violations that can be investigated and charged."

“The purpose of the threat tag is to help scope this threat on a national level and provide an opportunity for comprehensive analysis of the threat picture...