What the Star-Spangled Banner Means to America

As Americans honor the country's birthday this Fourth of July, voices across the political spectrum are reflecting on the national anthem and what it means today.

First written in 1814 by poet Francis Scott Key, Congress named The Star-Spangled Banner the U.S. national anthem in 1931. Key's words, which he wrote after witnessing the British Royal Navy bomb Fort McHenry during the War of 1812, were then set to the tune of a popular British song written by John Stafford Smith for the Anacreontic Society, a London men's social club. Today, the anthem is sung before U.S. athletic events. Music historians say this tradition began after World War II, when Americans took inspiration from how Canada played its anthem before hockey games.

Opinion pages across the political spectrum featured perspectives on the Fourth of July and U.S. independence. As is typical around the issue of patriotism, many on the right celebrated national pride enthusiastically, while some on the left questioned whether U.S. pride is inherently connected to racism and bigotry. Voices on all sides analyzed the national anthem, its history, meaning, and role in U.S. culture. Opinions from left to right agreed that the song inspires unity and shared values of freedom. One writer for The Independent called it "one of the country’s most known and treasured songs." One writer for Deseret News said singing the song in unison at sports games takes advantage of "the chance to create greater unity in our country."

See Today’s News »   More Headline Roundups »
From the Left
2322
Culture
Where does the US national anthem ‘Star Spangled Banner’ come from?
The Independent 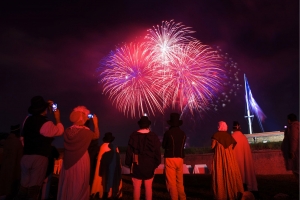 The Fourth of July is a day of summer weather, barbeques and national hot dog eating competitions in America as the nation celebrates its independence.

But few people will know that the tune of the US national anthem, “The Star Spangled Banner”, a song sung proudly at every Super Bowl, actually originally came from England.

The melody to which Francis Scott Key set the lyrics was derived from “To Anacreon in Heaven”, the constitutional song of the Anacreontic Society, a private gentleman’s club in London.

The song was named after a Greek poet... 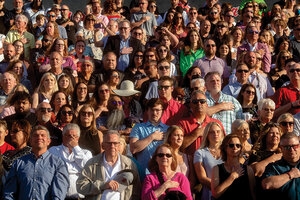 The national anthem of the United States is full of surprises, writes Mark Clague, a professor of musicology at the University of Michigan, in “O Say Can You Hear?: A Cultural Biography of ‘The Star-Spangled Banner.’”

Nearly everything about the 208-year-old anthem – from its meaning to how people sing it – has changed over time. Like America itself, the song is always evolving, Professor Clague tells the Monitor. The interview has been lightly edited and condensed.

You point out that the first line is a question, not a declaration....

Read full story
Some content from this outlet may be limited or behind a paywall.
See full media bias rating for Christian Science Monitor
From the Right
2322
Culture
The national anthem doesn’t have to divide us. It can unite us
Deseret News 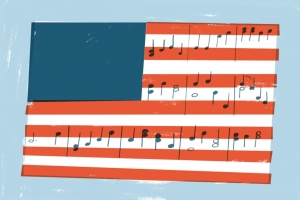 I’m a singer living in Nashville, Tennessee — Music City, USA. But at age 64, you won’t find me singing at the honky-tonks. You’re much more likely to hear me singing in my church choir or perhaps a ballpark.

That’s because I’ve sung the national anthem in public for 20 years. I even accomplished one of my lifelong dreams: to sing for my beloved Chicago Cubs and nearly 40,000 fans at a packed Wrigley Field.

That single performance turned into multiyear, cross-country quest to sing the anthem at all the...

Read full story
Some content from this outlet may be limited or behind a paywall.
See full media bias rating for Deseret News
More Stories »
Culture, Fourth Of July, Holidays, Patriotism, Freedom
Go ad-free! Support AllSides.
About these ads

The Satanic Panic Is Back, and It's Bipartisan
Reason