What is the Media Saying About the Mar-a-Lago Affidavit?

Following the release of the affidavit that authorized the FBI’s search of former President Donald Trump’s Mar-a-Lago residence in Florida, political writers, pundits, and politicians offered an array of analysis on what the heavily redacted 38-page document revealed regarding the Department of Justice investigation into the former President. The affidavit confirmed what many had suspected, the search warrant was authorized to recover suspected classified materials unlawfully taken and held by the former President.

The affidavit’s release occupied the front page of many left rated outlets all Friday and into the weekend, with CNN (Left Bias) and New York Times (Lean Left Bias) both publishing annotated breakdowns of the affidavit. Right rated outlets such as Fox News (Right Bias) and New York Post (Lean Right Bias) also covered the release, but featured the story far less prominently on their webpages by the weekend.

In the opinion section of many outlets, writers offered their takes on the affidavit and what the next stages of the DOJ investigation would look like. One Daily Beast writer declared Trump would soon be indicted by a federal grand jury for a “criminal offense.” In The Wall Street Journal Opinion, one writer criticized the former President’s handling of classified materials, but cast doubt on if the FBI’s decision to search Mar-a-Lago was warranted. In Newsweek, a writer forecast more legal trouble for Trump, stating there was “more going on here than Trump hanging onto a few inconsequential documents.”

The Mar-a-Lago Affidavit: Is That All There Is?
Wall Street Journal (Opinion) 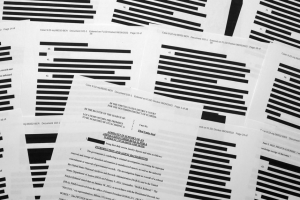 A federal judge on Friday released a heavily redacted version of the FBI affidavit used to justify the search of Donald Trump’s Mar-a-Lago home, and we can’t help but wonder is that it? This is why agents descended on a former President’s residence like they would a mob boss?

It’s possible the redactions in the 38-page document release contain some undisclosed bombshell. But given the contours of what the affidavit and attachments reveal, this really does seem to boil down to a fight over the handling of classified documents. The... 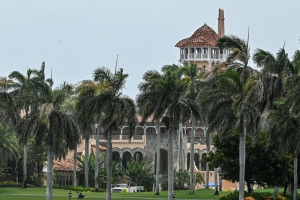 Earlier today, the Justice Department released an extensively redacted version of the affidavit that federal authorities used to justify the warrant to search former President Donald Trump's Mar-a-Lago compound earlier this month. While it wasn't exactly filled with the kind of bombshells liberals might have been anticipating, Trump allies hoping that more information from the DOJ might reveal the whole thing to be an overreach are likely quite disappointed.

In case there was any doubt, the release makes it clear that there is more going on here than Trump hanging...

It’s Over: Trump Will Be Indicted
Daily Beast 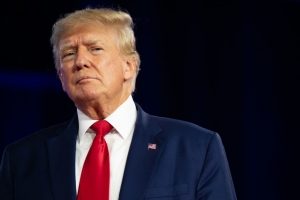 I have finally seen enough. Donald Trump will be indicted by a federal grand jury.

You heard me right: I believe Trump will actually be indicted for a criminal offense. Even with all its redactions, the probable cause affidavit published today by the magistrate judge in Florida makes clear to me three essential points:

(2) He was put on notice by the U.S. Government that he was not permitted to retain those documents at Mar-a-Lago....