The increase in claims comes as some public health restrictions return amid the spread of the COVID-19 Delta variant.  Meanwhile, businesses work aggressively to fill positions as enhanced unemployment benefits end in about 24 states. 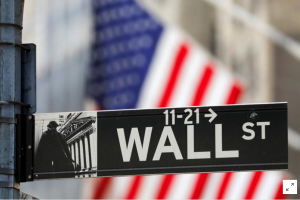 U.S. stock indexes were set for a subdued open on Thursday after data showed an unexpected rise in weekly jobless claims, while a steady flow of positive earnings reports offered markets some support.

The Labor Department’s report showed the number of Americans filing new claims for unemployment benefits increased by 51,000 to a seasonally adjusted 419,000 for the week ended July 17. Still, the number likely does not suggest a material shift in labor market conditions, with another month of strong job growth expected in July.

Investors have been closely... 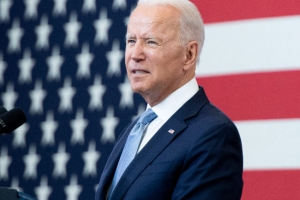 New claims for unemployment benefits soared by 51,000 to 419,000 for the week ended July 17, the Department of Labor said Thursday.

The four-week moving average, which smoothes out week-to-week volatility and is considered by many to be a more reliable gauge of the health of the labor market, rose by 750 to 385,250.

Read full story
Some content from this outlet may be limited or behind a paywall.
See full media bias rating for Breitbart News
From the Left
302
Economy and Jobs
Surprise Gain in Jobless Claims Shows U.S. Labor Market Churn
Bloomberg 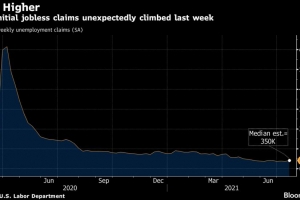 Initial jobless claims in regular state programs totaled 419,000 in the week ended July 17, up 51,000 from the prior week, Labor Department data showed Thursday. The median estimate in a Bloomberg survey of economists called for 350,000 new applications.

Continuing claims for state benefits fell to 3.24 million in the week ended July 10.

Read full story
Some content from this outlet may be limited or behind a paywall.
See full media bias rating for Bloomberg
More Stories »
Economy And Jobs, Unemployment, Delta Variant, Coronavirus
Go ad-free! Support AllSides.
About these ads
AllSides partners with Citizen Connect to help people connect across divides.