Walmart CEO Doug McMillon sent a statement to employees on Tuesday, laying out the company's "next steps" on gun and ammunition sales in the wake of recent mass shootings. Walmart will discontinue handgun and short-barrel rifle ammo nationwide once existing products are sold out; it will cease handgun sales at Alaska stores, the only remaining state where the company sold guns; and will no longer permit open carry on its premises.

Most reporting, regardless of political leaning, aimed to break down McMillon's statement. Many also mentioned that Walmart will continue selling shotguns and long-barrel rifles.

From the Left
1046
Gun Control and Gun Rights
‘The status quo is unacceptable’: Walmart will stop selling some ammunition and exit the handgun market
Washington Post 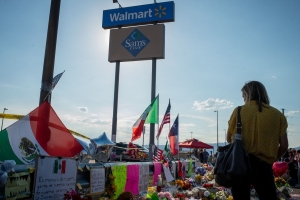 Walmart will stop selling handguns and certain types of ammunition, and will no longer allow customers to openly carry firearms, after separate shootings at company stores last month left at least 24 people dead.

“It’s clear to us that the status quo is unacceptable,” chief executive Doug McMillon said in a memo to employees on Tuesday. “We know these decisions will inconvenience some of our customers, and we hope they will understand."

The world’s largest retailer says it will stop selling ammunition for handguns and short-barrel rifles — including .223...

Walmart is set to end sales of handguns in Alaska and will discontinue the sale of short-barrel rifle and handgun ammunition in stores nationwide, the super chain's president and CEO announced Tuesday afternoon.

The store said it will gear its focus toward long barrel deer rifles and shotguns, supply much of the ammunition they require and provide hunting and sporting accessories and apparel, Doug McMillon wrote in a memo.

"We have a long heritage as a company of serving responsible hunters and sportsmen and women, and we're going to continue... 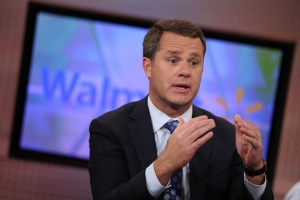 Walmart on Tuesday announced major changes to its stance on ammunition sales, following two deadly and “horrific” shootings at Walmart stores over the summer.

The retailer is calling on the government to do more in the wake of a larger wave of mass shootings across the country, including one as recently as this weekend in Odessa, Texas.

Walmart is also asking customers at Walmart and Sam’s Club to no longer openly carry firearms in stores, in states where “open carry” is allowed, unless authorized law enforcement officers are present.

An estimated 6 million guns have been sold since the coronavirus outbreak began in March, as May marked the third consecutive month of record-high sales....

Give Up Your Guns Because Democrats Will Totally Protect You
OPINION

Watching the Minneapolis Police Department abandon its precinct to the torch and crowbar-wielding peaceful protesters in that Democrat-run state and city, my...