Is the US Training Ukrainian Soldiers in Poland?

President Joe Biden's remark that U.S. troops stationed in Poland are training Ukrainian forces to defend against Russia's invasion was contradicted by other U.S. officials. So, what's actually happening?

On Monday, Biden implied that he talked to U.S. troops "about helping train the Ukrainian troops that are in Poland." On Tuesday, a Pentagon spokesperson said U.S. troops were "liasing" with Ukrainian forces in Poland, but "not training in the classic sense that many people think of training." The head of U.S. European Command also said he doesn't believe "we are in the process of currently training military forces from Ukraine in Poland." When asked about the comment, the White House communications director said she couldn't add further detail, "except to say that there is regular interaction" between U.S. and Ukrainian troops. Sen. Ted Cruz (R-Texas) suggested later Monday that Biden may have revealed "classified secrets on national television."

Right-rated sources, and some on the left like Politico (Lean Left bias), often framed Biden's remark as a gaffe. Some on the right wondered if Biden was misinformed, misspoke, or if he revealed a military secret, and argued that any of those would be evidence of dysfunction and Biden's inability to navigate the conflict. One report from CNN moved to clarify Biden's comment, and focused on anonymous sources who said that U.S. troops in Poland are instructing Ukrainians on how to use weapons that the West sent to Ukraine. 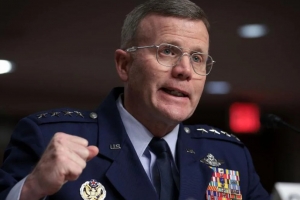 Biden sowed international confusion last week when he appeared to tell soldiers with the 82nd Airborne that they were headed to Ukraine.

"You’re going to see when you’re there, and some of you have been there, you’re gonna see — you’re gonna see women, young people standing in the middle in front of a damned tank just saying, ‘I’m not leaving, I’m holding my ground,’" Biden said.

The White House was forced to clarify Biden's comments,... 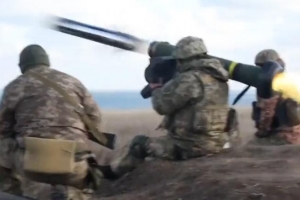 US troops in Poland have been providing Ukrainians with some instruction on how to use the weapons the West has been shipping into Ukraine, sources familiar with the matter tell CNN.

President Joe Biden said on Monday that US troops stationed in Poland have been "helping train the Ukrainian troops" in that country. The troops were deployed there to help bolster NATO's eastern flank amid Russia's invasion of Ukraine.

The training is another way in which the US has aided the Ukrainian military while attempting to not directly engage Russian forces, which would potentially touch... 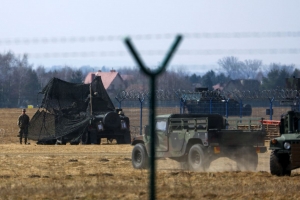 The Pentagon on Tuesday clarified that U.S. troops in Poland were "liaising" with Ukrainian forces as they hand over weapons to them, but were not training "in the classic sense" following remarks from President Joe Biden on the matter.

On Monday, Biden told reporters that while in Poland last week, he had been talking to U.S. troops who were helping "train" Ukrainian forces in Poland.

Pentagon spokesman John Kirby told reporters that U.S. troops in Poland were "liaising" with Ukrainian forces when weapons are handed over to the forces fighting...