Texas Republicans approved a platform this week that, among other things, rejects the 2020 presidential election results and labels homosexuality an “abnormal lifestyle choice.” How did the political world respond?

Few Republicans outside of Texas commented on the platform, and those that did tended to criticize it. Donald Trump Jr. said "The Texas GOP should focus its energy on fighting back against the radical Democrats and weak RINOs currently trying to legislate our 2nd Amendment rights away, instead of canceling a group of gay conservatives who are standing in the breach with us." The chairman of Texas's Log Cabin Republicans, an organization within the Republican Party that advocates for LGBTQ+ rights, said the platform was pushed by "a small minority of people that are being un-Christian-like and spewing this hateful language."

Many on the left and center harshly criticized the platform, and framed Texas Republicans as anti-LGBTQ+. Some voices on the left, such the Washington Post's (Lean Left bias) Dana Milbank, supported the Texas GOP's desire to secede and highlighted the $83 billion the U.S. would save annually in defense funds that Texas receives. Few right-rated voices commented on the platform. Some LGBTQ+ writers on the right, such as Washington Examiner's Brad Polumbo, accused Texas Republicans of alienating LGBTQ+ conservatives and called the platform "counterproductive." 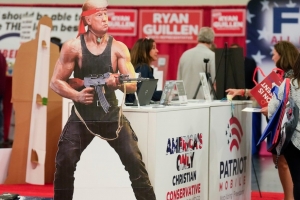 The Lone Star State does not have the best track record as a sovereign power. The Republic of Texas survived only 10 years from independence to annexation by the United States in 1845. Texas seceded during the Civil War — and, with the rest of the Confederacy, was crushed.

But, as the saying goes: If at first you don’t secede, try, try again. The Texas GOP now wants the state to vote on declaring independence.

And the United States should let Texas go! Better yet, let’s offer Texas a severance package that...

Read full story
Some content from this outlet may be limited or behind a paywall.
See full media bias rating for Dana Milbank
From the Center
1184
Politics
Texas GOP calls Biden "acting president"
Axios 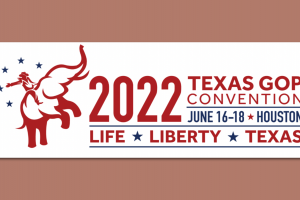 At a state convention in Houston, nearly 5,000 Texas GOP delegates on Saturday "overwhelmingly passed a resolution questioning the 2020 election," the party announced.

What they're saying: "We reject the certified results of the 2020 Presidential election, and we hold that acting President Joseph Robinette Biden Jr. was not legitimately elected," the resolution says.

The big picture: The Platform Committee's final report has a "State Sovereignty" section declaring: "Texas retains the right to secede from the United States."

A "Texas Independence" section calls for the legislature to hold a statewide 2023 referendum "to determine whether or... 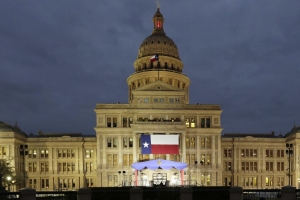 Broadly speaking, the Republican Party has made tremendous strides when it comes to gay acceptance over the last decade. In fact, a strong majority of GOP voters now support anti-discrimination protections for gay people, and a slim majority now support same-sex marriage as well. But this progress has been uneven, and in some places, intolerance and bigotry still reign within the GOP.

Texas is the prime example, unfortunately. The Texas state GOP just made waves for its decision to prohibit the Texas Log Cabin Republicans, a group representing LGBT Republicans, from having a booth at its...