The U.S. economy added twice as many jobs in July as economists had predicted.

According to a Friday release from the Bureau of Labor Statistics, employers added 528,000 jobs in July, doubling economists expectations and indicating that hiring remains strong despite declining GDP and rising inflation. The unemployment rate also fell from 3.6% to 3.5%; economists predicted that it would stand pat.

The labor force participation rate fell 0.1% to 62.1% between June and July, and remains below its pre-pandemic level of 63.4%. The number of Americans who don't have a job and aren't looking for one climbed above 100,000,000 for the first time since October 2021.

Across the political spectrum, economics reporters framed the data similarly. CNBC framed the data as "defying multiple other signs that the economic recovery is losing steam." CBS News said the numbers "underscore the resilience of the economy following two straight quarters of declining GDP." Fox Business framed the data as "defying fears of a slowdown in hiring even as the labor market confronts the twin threats of scorching-hot inflation and rising interest rates." Other right-rated sources highlighted how the number of people not in the labor force grew. 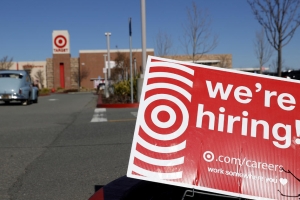 Hiring surged in July, with U.S. employers creating 528,000 jobs last month, the Labor Department said Friday. That far exceeded economist expectations for gains of 250,000 new jobs during the period. It was also a jump from the previous month, when businesses added 372,000 jobs despite the highest inflation in 40 years.

The unemployment rate ticked down to 3.5% from 3.6% in June, marking the lowest since February 2020, just before the COVID-19 pandemic erupted in the U.S. Before the latest payrolls report, the economy was adding roughly 450,000 jobs per month.

Read full story
See full media bias rating for CBS News (Online)
From the Center
302
Economy and Jobs
Payrolls increased 528,000 in July, much better than expected in a sign of strength for jobs market
CNBC 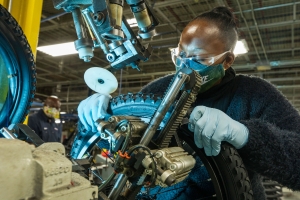 Hiring in July was far better than expected, defying multiple other signs that the economic recovery is losing steam, the Bureau of Labor Statistics reported Friday.

Nonfarm payrolls rose 528,000 for the month and the unemployment rate was 3.5%, easily topping the Dow Jones estimates of 258,000 and 3.6%, respectively. The unemployment rate is now back to its pre-pandemic level and tied for the lowest since 1969, though the rate for Blacks rose 0.2 percentage point to 6%.

Read full story
Some content from this outlet may be limited or behind a paywall.
See full media bias rating for CNBC
From the Right
302
Economy and Jobs
US economy adds 528,000 jobs in July, blowing past expectations
Fox Business 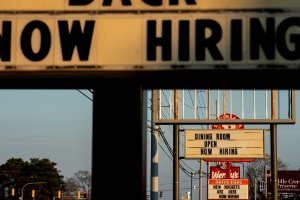 U.S. job growth unexpectedly accelerated in July, defying fears of a slowdown in hiring even as the labor market confronts the twin threats of scorching-hot inflation and rising interest rates.

Employers added 528,000 jobs in July, the Labor Department said in its monthly payroll report released Friday, blowing past the 250,000 jobs forecast by Refinitiv economists. The unemployment rate, meanwhile, edged down to 3.5%, the lowest level since the COVID-19 pandemic began more than two years ago.