Representatives from the U.S. and China inked the first details of a tentative trade deal on Friday, agreeing to scale back some tariffs in exchange for China buying about $200 billion more of U.S. goods in the next two years, among other things. The agreement, announced by President Donald Trump on Twitter and by Chinese officials at a briefing in Beijing, represents "phase one" of a nine chapter deal to eventually end the ongoing trade war between the world's two largest economies.

While many outlets called the announcement a political win for the White House, other publications, including some conservative ones, argued that the deal lacks specifics or implied that it does not go far enough.

From the Center
6497
Trade
China, U.S. Agree on Initial Trade Deal to Remove Some Tariffs
Bloomberg 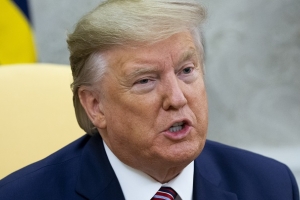 China and the U.S. agreed on the text of a phase one trade deal that includes the removal of tariffs on Chinese goods in stages, Vice Commerce Minister Wang Shouwen said, as President Donald Trump confirmed that some levies will be reduced and said the next round of talks will start immediately.

China will increase imports from the U.S. and other countries, Wang said at a briefing in Beijing Friday. Vice Chairman of the National Reform and Development Commission Ning Jizhe added that the specifics of agricultural purchases would be... 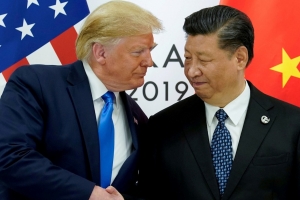 President Trump and China finally agreed to a partial trade deal on Friday, putting the 21-month trade war between the world’s two largest economies on pause — for now.

Trump’s White House rushed to characterize it as “amazing” and “historic.” Top Chinese officials held a rare news conference to emphasize this deal was a win for them that meets the “growing needs of the Chinese people.” Stocks hit record highs Thursday as Wall Street applauded the news, but stocks ended little changed Friday as details trickled out. Democratic leaders and... 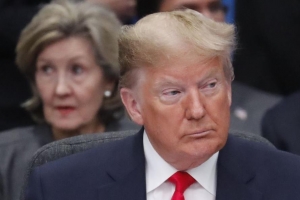 The United States and China agreed to a “Phase One” trade deal Friday that would reduce tariffs on some Chinese goods and could be a boon to American farmers who have been hard hit by the 19-month trade war.

“America’s farmers and ranchers are eager to get back to business globally,” American Farm Bureau Federation President Zippy Duvall said in a statement. “Progress restoring our ability to be competitive in China is a key component of that and this development is welcome news.”

"For farmers, this could either be the...

President Trump on Friday leveled an extraordinary broadside at the Chinese government, accusing it of a comprehensive “pattern of misconduct” and ordered U.S...

The auto industry faces challenges worse than in 2008, lawmakers say

Auto manufacturing plants across the United States are resuming operations Monday, but it’s unclear whether production and consumer demand will ramp up enough...

The Department of Homeland Security released a report saying that China intentionally delayed telling the World Health Organization about the coronavirus...

China expands its amphibious forces in challenge to U.S. supremacy beyond Asia

China launched its military build-up in the mid-1990s with a top priority: keep the United States at bay in any conflict by making the waters off the Chinese...

The Flip Side
Trade

Reuters
Trade
U.S. sanctions on China are means without an end
ANALYSIS

U.S. sanctions on China over Hong Kong would ratchet up tensions between the two superpowers, but with no obvious goal beyond punishment. President Donald...

The U.S. said Wednesday that it has ordered China to close its consulate in Houston "to protect American intellectual property and American's private...

President Donald Trump on Friday said the U.S. is quitting the World Health Organization and is beginning to revoke Hong Kong’s special status, in an...