In light of Martin Luther King Day, news outlets debate the overarching state of racism in modern society. Some argue that the black civil rights battles are over, and that disparities between the races are not driven by racism, but by culture, such as trends surrounding marriage, education, and crime. Others say that racism is systemic, citing voter suppression, racial divides in schools, as well as studies that show blacks are sometimes scrutinized more heavily than their white peers.

From the Right
3191
Inequality
Where Are You, Martin Luther King?
Prager University 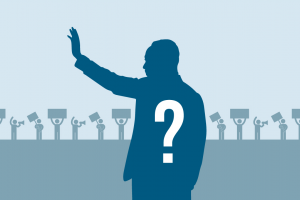 A half-century after his death, Martin Luther King Jr. is as revered as ever. But have we been following his example, or merely paying lip service to his ideas?

Although racism is almost universally condemned across the political spectrum, what exactly constitutes racism (and what merits the label of “racist”) is not so clear.

There are two MLKs. There once was a man named Martin Luther King Jr. who actually lived and breathed. He was a radical who believed in the redistribution of wealth

National Latino and immigration groups released a letter Monday that criticized President Donald Trump for his coronavirus response that they say...