Some media outlets focused on the mixed results for incumbents, the uneven results of Democratic involvement in GOP primaries, and the losses of progressive women in some high-profile races. Almost 30 states have now completed their 2022 midterm election primaries. Sources across the political spectrum covered the elections, but less prominently than coverage about Tuesday's January 6 Committee hearings. 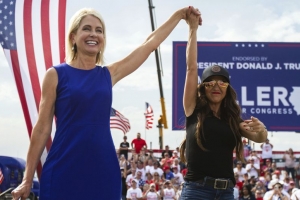 The Associated Press called the race for Ms. Miller at 10:48 p.m. EDT.

Mr. Davis, a conservative four-term congressman known for his willingness to work across the aisle, voted to certify the results of the 2020 election and to create a bipartisan Jan. 6 commission that died in the Senate.

Read full story
Some content from this outlet may be limited or behind a paywall.
See full media bias rating for Washington Times
From the Left
18418
2022 Elections
MAGA lightning rod Lauren Boebert wins House primary in Colorado
NBC News (Online) 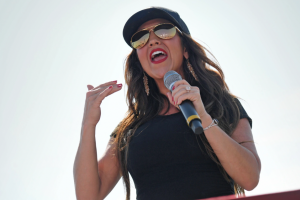 Boebert, backed by former President Donald Trump, has made a number of inflammatory remarks, and she has positioned herself as one of the most far-right members of Congress — winning herself national attention in the process. Earlier this year, Boebert and Rep. Marjorie Taylor Greene, R-Ga., heckled President Joe Biden at various...

Tuesday’s primaries and runoffs saw the downfall of at least three House incumbents, as well as the limits of top Republicans and Democrats to sway the results of key primary races.

In Colorado, more moderate Republicans beat out candidates who cast themselves as staunch allies of former President Trump in a handful of statewide GOP primaries, though the former president still managed to notch crucial victories in Illinois.

Here are five takeaways from Tuesday’s primaries and runoffs.