Will Trump Return to Twitter if Elon Musk Reverses His Permanent Ban?

Elon Musk announced that he would "reverse the permanent ban" that Twitter placed on former President Donald Trump if he completes his purchase of the platform.

Musk on Tuesday argued that Trump's removal was "a mistake because it alienated a large part of the country" and ultimately "didn’t end Trump’s voice." He also called the idea of permanent bans "morally wrong and flat-out stupid" as they "fundamentally undermine trust in Twitter." The former president was removed from the social media platform in Jan. 2021 following his tweets about the Capitol riots that allegedly violated "the platform’s rules against violence incitement." Although Trump has expressed confidence in Musk's acquisition, he revealed in April that he was "disappointed by the way" Twitter treated him and will use Truth Social as the sole platform for his voice.

Jill Filipovic wrote in an op-ed for CNN (Left bias) that "it’s hard to imagine that a man with such itchy Twitter fingers would be able to stay away for long." While some left-rated voices have said Trump's return would be "a gift to Democrats," Filipovic argued that it "might just be his path to victory." Deseret News (Lean Right bias) and many other outlets across the spectrum emphasized the recent success of Truth Social and didn't speculate that he'd return to Twitter. Meanwhile, Quartz (Center bias) emphasized that Twitter’s removal of Trump didn't give him less of a "voice" but impaired "the ease of reaching a mass audience." 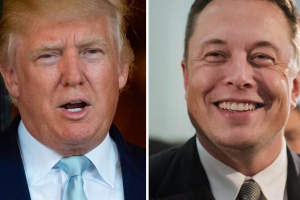 Elon Musk just threw a wrench in the next US presidential election – to the benefit of Donald Trump.

With the man thought to be the world’s richest buying Twitter, the platform is likely in for some big shifts. Among them: changes to the terms of service that would allow currently banned users to return. That could include the former President.

Trump was permanently suspended after the January 6 riots; the company said it worried his tweets increased “the risk of further incitement of violence.” But Musk is a self-styled free speech... 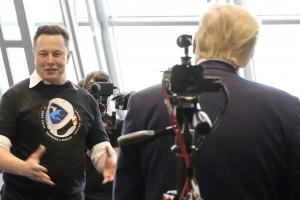 Elon Musk wants to reinstate the Twitter account of former president Donald Trump, the billionaire Tesla and SpaceX CEO said at a Financial Times event on May 10. Musk, who is in the process of buying the popular social media website, said he disagrees with the decision to ban Trump from Twitter for inciting the violent takeover of the US Capitol last Jan. 6, a riot in which 150 law enforcement officers were injured and at least two killed, alongside several rioters.

Musk called the ban a “morally bad decision,” a “mistake,” and “foolish...

Read full story
Some content from this outlet may be limited or behind a paywall.
See full media bias rating for Quartz
From the Right
12553
Donald Trump
Why Elon Musk says he would reverse Donald Trump’s Twitter ban
Deseret News 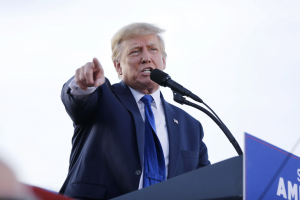 “I would reverse the permanent ban,” Musk announced at FT Live’s Future of the Car conference.

Musk has become outspoken on the issue of free speech, and started making advances to purchase Twitter in April. He offered $43 billion for the social media site, and the platform will become a privately held company when the transaction is complete, Deseret News reported.

“Banning Trump from Twitter didn’t end Trump’s voice, it will amplify it among the right and this is...