President Trump on Tuesday pardoned two Oregon ranchers who were serving prison sentences for setting fire to federal land, citing an "overzealous appeal" by the Obama administration which resulted in harsher sentences than were initially imposed. The case inflamed local supporters of the ranchers in 2016, leading to the 41-day armed standoff at the Malheur National Wildlife Refuge. 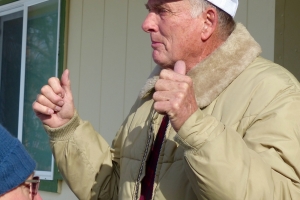 The president's granting of clemency sends a message about federal overreach on Western lands.

U.S. President Donald Trump pardoned Oregon cattle ranchers Dwight Hammond and his son on Tuesday, who had both been convicted on arson charges, sparking the 2016 occupation