President Donald Trump has been nominated for the Nobel Peace Prize by Christian Tybring-Gjedde, a member of the Norwegian Parliament.

Tybring-Gjedde, a member of the far-right Progress Party, lauded Trump for his efforts toward resolving protracted conflicts worldwide, just weeks after Trump helped to broker peace between the United Arab Emirates and Israel. 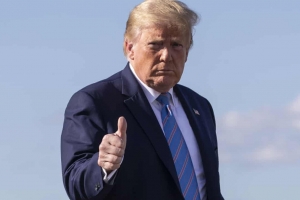 A Norwegian far-right MP has nominated Donald Trump for the Nobel peace prize for a second time, citing his role in the normalising of relations between Israel and the United Arab Emirates.

Christian Tybring-Gjedde told Fox News: “For his merit, I think he has done more trying to create peace between nations than most other peace prize nominees.”

Trump responded to news of his nomination for the 2021 prize by expressing his thanks on Twitter.

The bar for being nominated for the prize is low, as nominations are accepted from... 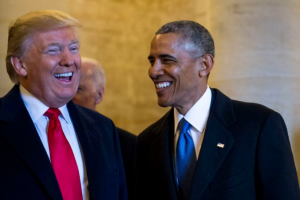 Last month, the Trump administration pulled off a massive deal between Israel and The United Arab Emirates in which the latter recognized the former and commercial air flights between the two began for the first time ever. 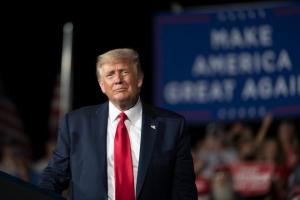 A far-right Norwegian lawmaker said Wednesday that he has nominated President Donald Trump for the Nobel Peace Prize for his efforts in the Middle East.

Christian Tybring-Gjedde, a member of the Norwegian Parliament for the far-right Progress Party, said Trump should be considered because of his work “for a peace agreement between the United Arab Emirates and Israel which opens up for possible peace in the Middle East.”

Israel and the United Arab Emirates agreed last month to a historic deal normalizing relations and are scheduled to sign it at...

The House Intelligence Committee on Wednesday released a report finding that the U.S. intelligence community has failed to adapt to the growing threat from...

The first US presidential debate of 2020 between President Donald Trump and challenger Joe Biden was so chaotic that Taiwan’s Yahoo News anchor Catherine Lu...

President Donald Trump has received a third nomination for the Nobel Peace Prize, this time from a quartet of Australian law professors who lauded his...