President Donald Trump has fired Michael Atkinson, the inspector general of the intelligence community who alerted Congress last year to the whistleblower complaint about his dealings with Ukraine. Atkinson is the latest official involved in Trump's impeachment to be removed from office, following the firing of National Security Council official Alexander Vindman and US Ambassador to the European Union Gordon Sondland.

Many outlets on both the left and right highlighted the timing of the firing, which comes amid the government's response to the ongoing coronavirus pandemic. 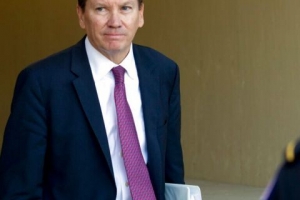 President Trump has fired Michael Atkinson, the inspector general for the U.S. intelligence community who alerted Congress to concerns about a Trump phone call with the president of Ukraine – a matter that led to the president’s impeachment last year. 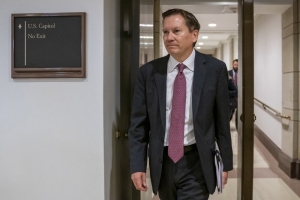 WASHINGTON (AP) — President Donald Trump abruptly fired the inspector general of the intelligence community, sidelining an independent watchdog who played a pivotal role in his impeachment even as his White House struggles with the deepening coronavirus pandemic. 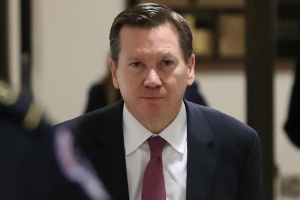 (CNN)President Donald Trump on Friday fired Intelligence Community Inspector General Michael Atkinson, who had told Congress about the whistleblower complaint that led to Trump's impeachment, the President told Congress in a letter obtained by CNN.

Atkinson will leave his job in 30 days, Trump told the House and Senate Intelligence committees, and he has been placed on administrative leave effective immediately, according to a congressional source.

President Trump is testing the rule of law one week after his acquittal in his Senate impeachment trial, seeking to bend the executive branch into an...

Fox News (Online)
Impeachment
Bolton: 'My testimony would have made no difference' in 'partisan' impeachment...