President Donald Trump has dropped his plans to nominate Congressman John Ratcliffe (R-TX) for the position of Director of National Intelligence (DNI). Ratcliffe was the nominee for a week; all after the sudden resignation of former DNI Dan Coats effective yesterday. Critics decried the nomination as partisan and the President playing favorites. To be clear, both President Trump and Rep. Ratcliffe announced that it was Ratcliffe's decision to not accept the nomination. 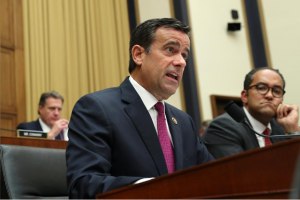 WASHINGTON (Reuters) - U.S. President Donald Trump announced on Friday that he had dropped his choice for spy chief, Representative John Ratcliffe, after questions about the congressman’s lack of experience and possible exaggerations in his resume. 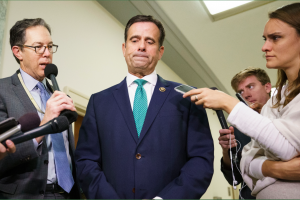 Trump announced Ratcliffe’s withdrawal by presidential tweet on Friday, less than a week after the Texas congressman was put forward to become the new Director of National Intelligence. From the jump, Ratcliffe was dogged by accusations that he'd padded his resume with boasts of terrorist prosecutions that never happened. 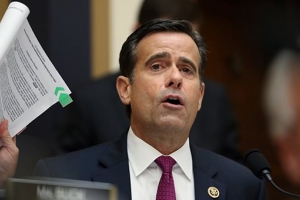 President Trump announced Friday afternoon Congressman John Ratcliffe's nomination to be the next Director of National Intelligence has been withdrawn.
Ratcliffe was nominated earlier this week when it was announced former DNI Director Dan Coates would be stepping down.
After Ratcliffe was nominated, the media jumped to falsely condemn him as soft on Russia due to this exchange with Special Counsel Robert Mueller.