Former President Donald Trump on Saturday night criticized the current Democratic agenda and further hinted at the announcement of his 2024 presidential bid.

Rounding out the final day of speeches at the Conservative Political Action Conference (CPAC) in Dallas, Trump blamed the Biden administration for damaging the country's "prestige" by withdrawing from Afghanistan and emphasized that Democrats must be dealt a "crippling" defeat in November's midterm elections. He also said the GOP should "abolish" the Department of Education and condemned the Democrats' climate and tax bill, which he argued will further exacerbate the already 40-year high inflation rate.

Trump also suggested that "it’s certainly not a very long period" until he officially begins his 2024 presidential campaign, which he believes will make people "very happy" given that the country has "lost everything." Republicans attending the conference were clearly enthusiastic about Trump's political comeback — the former president "overwhelmingly" won 69% of the ballots cast in CPAC's straw poll, while runner-up Florida Gov. Ron DeSantis received 24% of the votes. If elected again, Trump said that his administration would prioritize crime reform and strengthening public safety measures.

Left-rated coverage highlighted how Trump dismissed the Jan. 6 committee investigating the Capitol riot as a "one-sided witch hunt" and "baselessly" claimed that the plot to kidnap Michigan Gov. Gretchen Whitmer was "fake." Right-rated coverage spotlighted how Trump called on the next Congress to "remove rogue bureaucrats and root out the deep state." 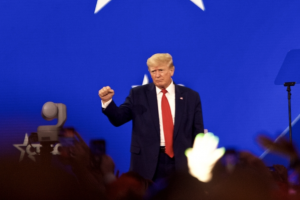 Trump made the remarks during a speech to an audience of some 5,000 attendees as the final speaker at the Conservative Political Action Conference (CPAC) in Dallas on Saturday.

In a straw poll, conservatives gave Trump a 99 percent job-approval rating, and 69 percent said they would support him as their Republican presidential nominee for 2024. Florida’s Ron DeSantis... 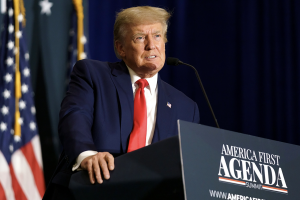 Former President Trump outlined steps for Republicans to take if they win back control of Congress in November during his speech Saturday at the Conservative Political Action Conference.

Trump said the midterms need to be a “national referendum” on President Biden and Democratic control of Congress, and Republicans must ensure Democrats are dealt a “crippling” defeat. His speech at the convention in Dallas, Texas, concluded its third day.

Trump pointed to candidates he backed in primaries like Tudor Dixon, the Republican nominee for governor of Michigan, and Kari Lake, who won the GOP... 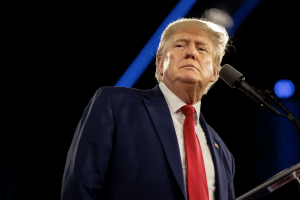 Donald Trump said Capitol riot instigators and the plot to kidnap Michigan Gov. Gretchen Whitmer were "fake" in a speech at the Conservative Political Action Conference in Dallas, Texas, on Saturday.

The former president made the comments after talking about the January 6 Congressional hearings, which he called a "one-sided witch hunt."

"Gretchen Whitmer was in less danger... 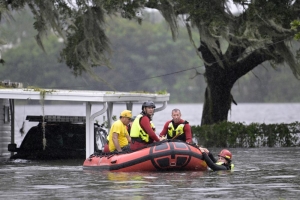 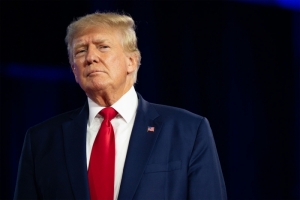 News
Trump Lawsuit
The Flip Side