In a proclamation issued late Friday, the White House announced that it will require immigrants to prove they have health care coverage or can afford their own medical costs when applying for U.S. visas. The measure, which officials said is aimed at restricting those who “will be a financial burden to the United States healthcare system," is set to take effect Nov. 3 and will apply to applicants for visas from abroad. It will also apply to the spouses and parents of U.S. citizens.

Coverage of the announcement has been mixed, with left-leaning outlets like the New York Times calling it "the latest move by President Trump to undermine legal immigration." Right-leaning outlets and administration officials, meanwhile, described it as a means to protect taxpayers and encourage self-sufficiency among U.S. visa holders. 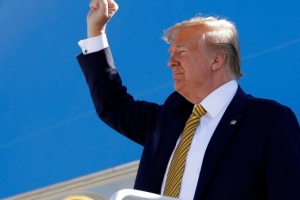 Applicants will be denied entry into the U.S. unless they have plans to be covered by health insurance within 30 days of entering or have enough financial resources to cover the cost, according to the White House.

The measure would take effect Nov. 3 and will apply to applicants for visas from abroad. It will not be applied retroactively to those already in the U.S. It does not affect lawful permanent... 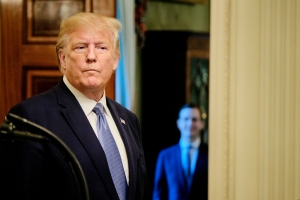 WASHINGTON — The Trump administration will deny visas to immigrants who cannot prove they will have health insurance or the ability to pay for medical costs once they become permanent residents of the United States, the White House announced Friday in the latest move by President Trump to undermine legal immigration.

Mr. Trump issued a proclamation, effective Nov. 3, ordering consular officers to bar immigrants seeking to live in the United States unless they “will be covered by approved health insurance” or can prove that they have “the financial resources... 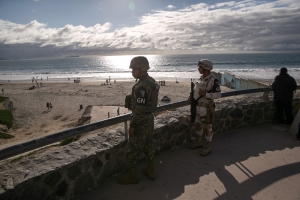 The U.S. will deny visas to immigrants unless they can prove they can cover their own medical costs, a move aimed at preventing the entry of those who “will be a financial burden to the United States healthcare system.”

Immigrants applying for visas will have to prove they will be covered by health insurance within 30 days of entering the country or have the financial resources to pay for medical bills, the White House said in a proclamation issued on Friday.