Canadian Prime Minister Justin Trudeau’s Liberal Party won in parliamentary elections but did not get the 170 seats needed to secure a majority.  The election was held two years before a deadline and was focused largely on the COVID-19 pandemic. Trudeau had hoped a majority would approve of his handling of the virus. Some Canadians viewed the election as unnecessary,

In his two terms as Prime Minister, Trudeau has embraced immigration, endorsed carbon taxes to fight climate change, and legalized cannabis.  He also preserved a free trade deal with the U.S. and Mexico that former U.S. President Donald Trump opposed. 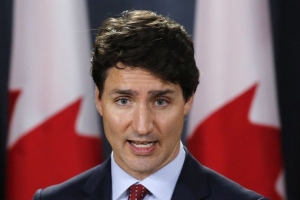 Canadian Prime Minister Justin Trudeau’s Liberal Party won the parliamentary elections held Monday, but he did not meet his goal of securing 170 seats to form a majority government.

Trudeau called the snap election in August, bringing voters to the polls just two years into his minority government—a move that angered many Canadians who saw it as unnecessary given there was no “compelling ‘ballot box’ issue to justify the undertaking,” according to CNN. 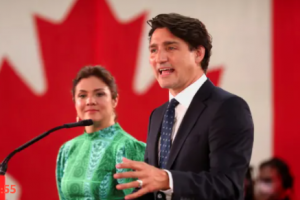 Justin Trudeau has won a third term as Canada’s prime minister, with his Liberal party set to capture the most seats in the snap election, a result he called a “clear mandate” to get the country through the pandemic.

With results still trickling in late Monday night, Trudeau was on track for another minority government, meaning he will once again need to work with other parties to pass legislation.

“I hear you when you say you want to get back to the things you love, not to worry about the... 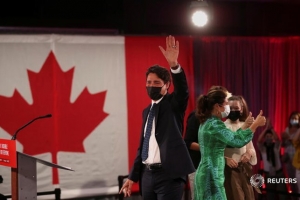 Canadian Prime Minister Justin Trudeau on Tuesday acknowledged he will need to work with other parties after he fell short of winning a majority in parliamentary elections, leaving him once more dependent on opposition legislators to govern.

Trudeau, 49, was re-elected to a third term on Monday after calling a vote two years early, hoping for approval of his free-spending response to the COVID-19 pandemic. Since 2019 he had been working with a minority, forced to make deals with other parties to push through legislation.