On Thursday, the Capitol Police Board announced J. Thomas Manger as the new chief of the U.S. Capitol police after the former chief stepped down following the Jan. 6 Capitol breach. Manger served as police chief of Fairfax County, Virginia for eight years before serving as police chief of Montgomery County, Maryland from 2004 to 2019. The Capitol Police Board, which includes the Architect of the Capitol and the House and Senate sergeant-at-arms, said in a statement that Manger is a "a seasoned decision-maker" who will "draw on his regional experience in strengthening partnerships with law enforcement partners." In a statement, Manger said "The challenges in protecting the Capitol campus...have never been more complex," and commended "the courage and dedication" of the agency on Jan. 6. 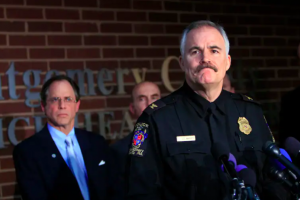 J. Thomas Manger, who spent 21 years as a police chief in the wealthy Washington suburbs of Montgomery and Fairfax counties, was named Thursday to take over the U.S. Capitol Police as it tries to regain its footing in the aftermath of the Jan. 6 riot at the Capitol. More than 80 Capitol officers were assaulted, two later died, and its commanders were found to have ignored warnings of a violent attack.

Manger was selected by three members of the Capitol Police Board — the sergeant-at-arms of the House and...

Read full story
Some content from this outlet may be limited or behind a paywall.
See full media bias rating for Washington Post
From the Right
6928
National Security
New chief of Capitol Police chosen in aftermath of Jan. 6 riot
New York Post (News) 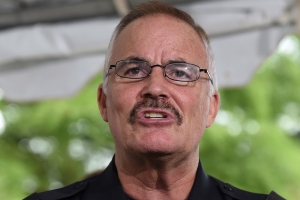 A new chief has been selected to lead the US Capitol Police in the aftermath of the Jan. 6 riot where a mob violently stormed the building.

J. Thomas Manger, a longtime police official who has run large departments in Maryland and Virginia, will be named to the post after an extensive search, the Associated Press reported, citing two people briefed on the matter.

The agency’s top official, Steven Sund, was forced out a day after the riot, and Yogananda Pittman was elevated to the role of acting chief. 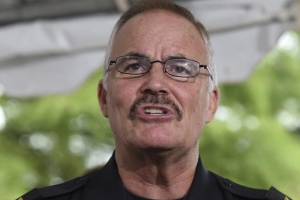 J. Thomas Manger, a former police chief in Maryland and Virginia, is the new chief of the U.S. Capitol Police, congressional officials announced Thursday. Manger will take charge of the department in the aftermath of the violent Jan. 6 insurrection in which supporters of former President Donald Trump easily overwhelmed law enforcement and stormed the building.

The Capitol Police Board, which includes the House and Senate sergeant-at-arms and the Architect of the Capitol, oversees the force and led the search. The board said in a statement that Manger had been...

Top US General Mark Milley has defended himself after a book reported he had "secret" phone calls with China amid concerns about then-President Donald Trump...

The director of the CIA met with the Taliban’s top political leader in Kabul, an official said Tuesday, as more reports emerged of abuses in areas held by the...

Questions About Security Around The Capitol Complex Emerge After Bomb Threat

The confrontation between authorities and a man who pulled up next to the Library of Congress claiming to have a bomb in his truck ended with his peaceful...

NSA watchdog to investigate Tucker Carlson's allegations he was spied on

The National Security Agency's inspector general announced Tuesday that it is investigating allegations that the NSA "improperly targeted the...

Durham's Russia 'origins' probe: Request for grand jury indictment may be hours away

Special Counsel John Durham, the federal prosecutor tapped during the Trump administration to investigate the origins of the Russia investigation,...

Mark Milley Is A Traitor
OPINION

General Mark Milley is a disgrace to his uniform. If he had any integrity, he’d resign. He has none, and neither does his boss, so his job is safe. But he is a...

Chairman of the Joint Chiefs of Staff Gen. Mark Milley faces intense scrutiny for phone calls he made to his Chinese counterparts about then-President Donald...