The recent court ruling has given states the power to enforce "trigger laws" that reactivate old abortion bans that were due to take effect. One of these laws is the Texas Heartbeat Act, which bans abortion around the six-week mark of a pregnancy when a fetal heartbeat is detected. Earlier this week, a Houston judge ruled that doctors would still be allowed to resume abortions up to six weeks into pregnancy — but the Texas Supreme Court overruled the decision. Texas attorney general Ken Paxton suggested that abortion providers could be subject to fines and lawsuits even before the state’s trigger law goes into effect. A final decision will be evaluated in a hearing scheduled for later this month.

Legal battles over abortion battles have also occurred in Ohio and other Republican-led states that have tried to pass laws similar to Texas' Heartbeat Act. Abortion rights groups in several states have been able to temporarily block trigger laws that ban abortion procedures, while challenges are still pending in Idaho, Mississippi and Oklahoma.

Outlets across the spectrum highlighted the confusion surrounding the legal battles over abortion procedures taking place across the country. Left-rated outlets were more likely to highlight sentiments that "extremist politicians are on a crusade to force Texans" into childbirth "against their will." Right-rated coverage focused more on Republican lawmakers who said they will soon focus on other measures such as improving adoption programs and forbidding women from traveling to another state to receive an abortion. 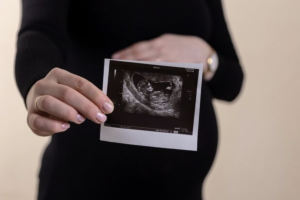 Texas’s and Ohio’s Supreme Courts have given the go-ahead for the states to enforce their respective state laws that ban abortion, blocking efforts that barred the laws from taking effect, coming after the U.S. Supreme Court last week overturned the 1973 Roe v. Wade ruling.

Roe v. Wade had enabled abortions up to 24 weeks of pregnancy across the country for almost five decades. The decision by the U.S. Supreme Court on June 24 sends regulation of the procedure back to states.

Read full story
Some content from this outlet may be limited or behind a paywall.
See full media bias rating for The Epoch Times
From the Left
280
Abortion
Texas Supreme Court blocks order that allowed abortions to resume
Washington Post 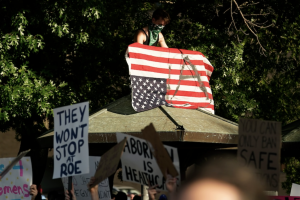 The Texas Supreme Court in Austin granted an “emergency motion for temporary relief” that was filed Wednesday by the state’s attorney general, Republican Ken Paxton, staying a temporary restraining order that had been granted earlier this week by a judge in Harris County. A further state Supreme Court hearing is scheduled for later this month.

Texas has left a nearly century-old...

Read full story
Some content from this outlet may be limited or behind a paywall.
See full media bias rating for Washington Post
From the Center
280
Abortion
Texas Supreme Court allows enforcement of 1925 abortion ban scrapped in Roe v. Wade
The Dallas Morning News 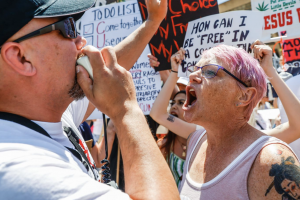 The Texas Supreme Court ordered late Friday that the state’s century-old abortion ban, struck down in Roe v. Wade in 1973, can be enforced immediately in civil court.

That overrules a Harris County judge who had allowed abortion through six weeks to resume temporarily.

The Texas Supreme Court ordered late Friday that the state’s century-old abortion ban, struck down in Roe v. Wade in 1973, can be enforced immediately in civil court.

That overrules a Harris County judge who had allowed abortion through six weeks to resume temporarily.