Texas Gov. Greg Abbott said Thursday that he might seek to overturn a 1982 Supreme Court decision establishing that children of unauthorized immigrants had a right to the same public education as U.S. citizens.

The decision, Plyler v. Doe, held that the 14th Amendment's equal protection clause included “anyone, citizen or stranger.” Abbott’s remarks came amid a surge of migrant apprehensions at the border; less than a week earlier, a leaked draft opinion showed the Supreme Court’s conservative majority was willing to overturn Roe v. Wade, another decades-old decision.

Abbott and Texas Attorney General Ken Paxton, who is also seeking reelection in 2022, have led a series of forays into national partisan politics in recent months. These included classifying transgender healthcare treatments as child abuse, busing migrants to Washington, D.C., and implementing commercial border inspections that led to hours-long delays for truckers.

Coverage was more common in left-rated national outlets and local Texas outlets. While coverage across the spectrum noted a connection between Abbott’s remarks and the leaked Supreme Court opinion on Roe, coverage from the left often framed conservatives as seeing “an opening for a fresh look at old precedents.” 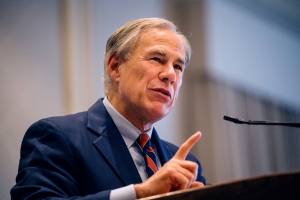 With the Supreme Court signaling a willingness to reverse decades-old precedents like the Roe v. Wade decision on abortion, Gov. Greg Abbott of Texas said on Thursday that he would seek to overturn a 1982 court decision that obligated public schools to educate all children, including undocumented immigrants.

Mr. Abbott’s comments opened a new front in his campaign to use his powers as governor to harden Texas against unauthorized migration. And they demonstrated just how expansively some conservatives are thinking when it comes to the kinds of changes to American life...

Read full story
Some content from this outlet may be limited or behind a paywall.
See full media bias rating for New York Times (News)
From the Right
171
Education
Abbott Says State May ‘Resurrect’ Supreme Court Case That Required Texas to Educate Children of Illegal Aliens
The Texan 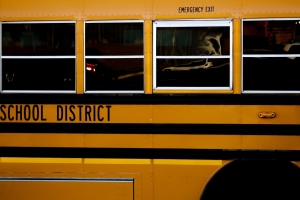 Citing the cost of illegal immigration to the State of Texas, Governor Greg Abbott pitched the idea of revisiting a decades-old case that requires public schools to provide education to the children of illegal aliens.

The governor made the comments in a radio appearance with host Joe “Pags” Pagliarulo.

Abbott broached the topic when he was asked in a radio appearance about the state’s efforts against illegal immigration.

Read full story
Some content from this outlet may be limited or behind a paywall.
See full media bias rating for The Texan
From the Center
171
Education
After SCOTUS Leak, Texas Gov. Greg Abbott Says It’s Time to ‘Resurrect’ and ‘Challenge’ Ruling Which Allowed Children of Undocumented Immigrants to Attend Public School
Law & Crime 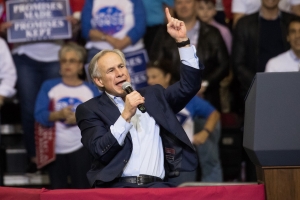 'What's There to Even Discuss?' Omar Says Free, Universal School Meals Should Be Permanent
Common Dreams