The 98-page draft opinion, written by Justice Samuel Alito, was described by Politico as a "a full-throated, unflinching repudiation" of the Roe decision. It weighed in on Dobbs v. Jackson Women’s Health Organization, a challenge to Mississippi's 2018 15-week abortion ban. While the votes and the wording of the opinion could still change, many in the media took the news as heralding the end of federal abortion protections.

"Abortion presents a profound moral question." Alito concluded, adding, "The Constitution does not prohibit the citizens of each State from regulating or prohibiting abortion. Roe and Casey arrogated that authority. We now overrule those decisions and return that authority to the people and their elected representatives."

The leaked opinion is the top news story across the political spectrum Tuesday, with many framing the leak as unprecedented and highlighting the states with "trigger laws" that may immediately ban abortions if Roe is overturned. 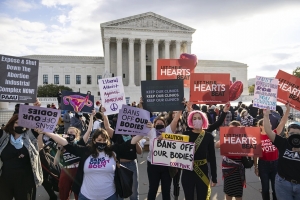 The Supreme Court has voted to strike down the landmark Roe v. Wade decision, according to an initial draft majority opinion written by Justice Samuel Alito circulated inside the court and obtained by POLITICO.

The draft opinion is a full-throated, unflinching repudiation of the 1973 decision which guaranteed federal constitutional protections of abortion rights and a subsequent 1992 decision – Planned Parenthood v. Casey – that largely maintained the right. “Roe was egregiously wrong from the start,” Alito writes.

Court has voted to overturn Roe, according to draft opinion published by Politico
SCOTUSblog 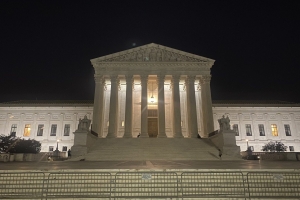 The Supreme Court has voted to overturn Roe v. Wade and Planned Parenthood v. Casey, according to a copy of an apparent draft opinion obtained by Politico.

Obtained by reporters Josh Gerstein and Alexander Ward, the 98-page draft opinion by Justice Samuel Alito is dated Feb. 10, 2022. It is styled as the “opinion of the Court” in Dobbs v. Jackson Women’s Health Organization, in which Mississippi and its supporters have asked the justices to eliminate the constitutional right to abortion that was first established by Roe in 1973 and re-affirmed by Casey in 1992. 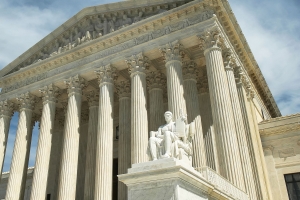 The Supreme Court is poised to overturn Roe v. Wade and Planned Parenthood v. Casey, according to a bombshell new report from Politico.

A draft decision from Justice Samuel Alito obtained by the outlet states that “Roe was egregiously wrong from the start. Its reasoning was exceptionally weak, and the decision has had damaging consequences. And far from bringing about a national settlement of the abortion issue, Roe and Casey have enflamed debate and deepened division.”