The Supreme Court released a 6-3 decision Thursday morning that limited the Environmental Protection Agency’s authority on carbon emissions and could have far-reaching implications for other federal agencies.

Writing for the majority, Chief Justice John Roberts argued that while capping carbon emissions “may be a sensible ‘solution to the crisis of the day,’” the power to make decisions “of such magnitude and consequence” rested with Congress. In a dissenting opinion, Justice Elena Kagan argued that the majority was substituting its own interpretation of the intent of the Clean Air Act for the actual text of the law.

Politicians and media figures reacted quickly. President Joe Biden said the decision “aims to take our country backwards,” adding, “I will not relent in using my lawful authorities to protect public health and tackle the climate crisis.” West Virginia Attorney General Patrick Morrisey, a Republican, told Fox News (Right bias) the ruling was “a very important victory for separation of powers, for the rule of law.”

Coverage was prominently featured across the spectrum on Thursday afternoon. Coverage in center and left-rated outlets often framed the ruling around its potential impact on climate change, saying it “hobbles government power to limit harmful emissions”; an Axios (Center) headline called it a “climate body blow.” Meanwhile, coverage from the right framed it as a victory for “rule of law” and a “serious blow” to the “Biden climate agenda.” 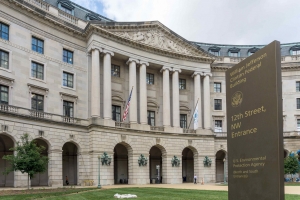 The Supreme Court on Thursday truncated the Environmental Protection Agency’s power to regulate greenhouse gases. The ruling may hamper President Joe Biden’s plan to fight climate change and could limit the authority of federal agencies across the executive branch.

By a vote of 6-3, the court agreed with Republican-led states and coal companies that the U.S. Court of Appeals for the District of Columbia Circuit was wrong when it interpreted the Clean Air Act to give the EPA expansive power over carbon emissions. The decision, written by Chief Justice John Roberts,... 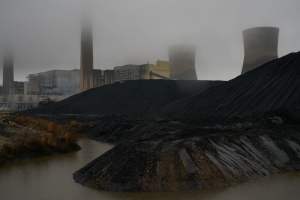 The Supreme Court on Thursday sharply cut back the Environmental Protection Agency’s ability to reduce the carbon output of existing power plants, a blow to the Biden administration’s plans for combating climate change.

The vote was 6 to 3, with Chief Justice John G. Roberts Jr. writing for the court’s conservatives.

“Capping carbon dioxide emissions at a level that will force a nationwide transition away from the use of coal to generate electricity may be a sensible ‘solution to the crisis of the day,’ ” Roberts wrote, referring to a...

Read full story
Some content from this outlet may be limited or behind a paywall.
See full media bias rating for Washington Post
From the Right
319
Supreme Court
Supreme Court Limits EPA’s Power to Regulate Greenhouse Gases, in Blow to Biden Agenda
National Review 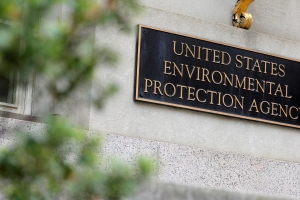 In a 6–3 ruling along ideological lines, authored by Chief Justice John Roberts, the Court sided with conservative states and fossil-fuel companies, adopting a narrow reading of the Clean Air Act. The court ruled that Congress, not the EPA, has the authority to regulate greenhouse gases emitted by existing power plants.