On Friday night, the Supreme Court struck down California's limits on home-based worship meetings, saying it violated constitutional rights. The court's five conservative justices agreed to lift California restrictions that apply to in-home religious gatherings, while the court's three liberals and Chief Justice John Roberts would not have done so. Currently, most of the state limits indoor social gatherings to no more than three households and require attendees to wear masks and keep a physical distance. The unsigned order from the court states, “California treats some comparable secular activities more favorably than at-home religious exercise,” referencing the state's decision to allow hair salons, retail stores, and movie theaters to reopen. Justice Elena Kagan wrote in a dissent joined by Justice Stephen Breyer and Justice Sonia Sotomayor that the court's decision hurts state officials' ability to address the public health emergency. The court acknowledged that California's policy on gatherings will change next week, but said the restrictions will remain in place until then and that “officials with a track record of 'moving the goalposts' retain authority to reinstate those heightened restrictions at any time.” This order comes after a series of cases in which the court barred officials from enacting some COVID-related restrictions on religious gatherings. In February, The Supreme Court ordered California to allow churches to resume indoor worship services at limited capacity.

The story received coverage from across the political spectrum. Some left-rated coverage highlighted Justice Amy Coney Barrett's "decisive" role in the court's dynamic, pointing out that since Barrett's confirmation, the court has repeatedly ruled in favor of religious groups who claim state restrictions against worship gatherings violate the constitution. 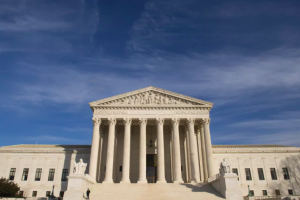 For the fifth time, the U.S. Supreme Court has sided with religious adherents and against California's COVID-19 restrictions. This time, the court barred the state from enforcing a rule that for now limits both religious and non-religious gatherings in homes to no more than three households.

The court's unsigned order came on a 5-4 vote. Chief Justice John Roberts cast his lot with the dissenters, but failed to join their opinion. He noted simply that he would have left the lower court order intact. 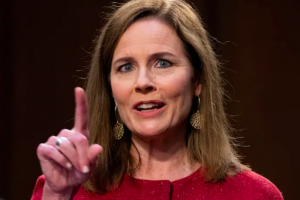 The 5-to-4 order on an emergency petition illustrates how a new majority on the court — with Justice Amy Coney Barrett playing a decisive role — is now in control when the court considers if pandemic-related restrictions cross the line to endanger religious rights.

Read full story
Some content from this outlet may be limited or behind a paywall.
See full media bias rating for Washington Post
From the Right
1586
Religion and Faith
Supreme Court rules against California's limits on in-home religious gatherings
Fox News (Online News) 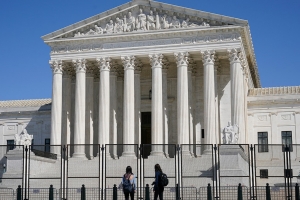 The 5-4 unsigned ruling follows other similar decisions recently regarding churches and the coronavirus pandemic. The decision noted it was the fifth time the court has rejected the Ninth Circuit’s analysis of California coronavirus restrictions.

More news about Religion and Faith

The Most Rev. Salvatore J. Cordileone was careful not to name any Catholics in his latest letter calling for Holy Communion to be withheld from public figures...

The Church of Jesus Christ of Latter-day Saints is encouraging missionaries across the globe to be vaccinated against the coronavirus, but not requiring it...

Just 47 percent of Americans say they are members of a church, synagogue, mosque or other house of worship, according to a new survey released by Gallup late...

A new Pew Research survey found that only 27% of adults in the U.S. planned on attending an in-person Easter service this year, a 17 point drop from a group...

Pope Francis in his traditional Easter Sunday address denounced as “scandalous” how armed conflicts continue to rage even as the coronavirus pandemic has...

Americans Must Never Throw in the Towel
OPINION

As we survey our rotting cultural and political landscape, it is tempting, from a worldly perspective, to lose hope for our way of life and our nation. As...

1. Money is a construct. It can be created from thin air. Annual deficits and aggregate national debt no longer matter much. Prior presidents ran up huge...