The Supreme Court decided Monday not to hear a challenge to the Pennsylvania state court’s ruling that 2020 presidential election ballots could be counted if they were received up to three days after Election Day. The decision to dismiss the case came as the nation's high court rejected several different election-related matters. Three of the court's nine justices dissented in the Pennsylvania decision: conservatives Clarence Thomas, Neil Gorsuch and Samuel Alito. In his dissent, Thomas acknowledged that the case wouldn't have impacted the election's outcome, but said "the decision to leave election law hidden beneath a shroud of doubt is baffling. By doing nothing, we invite further confusion and erosion of voter confidence." The decision came as the court also elected to allow the Manhattan district attorney to obtain former President Donald Trump's tax returns.

Reports from across the spectrum, particularly from left- and center-rated outlets, framed the news as the formal end of election-related legal disputes. Coverage from right-rated sources often concentrated on the dissent from Thomas. 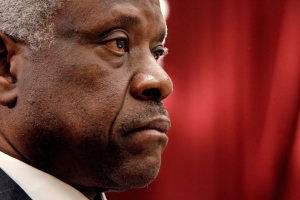 Justice Clarence Thomas issued a vigorous dissent Monday in response to the Supreme Court’s decision not to hear a challenge against the Pennsylvania state court’s ruling that permitted ballots to be counted even if they were received three days after Election Day.

“One wonders what the Court waits for,” Thomas wrote. “We failed to settle this dispute before the election, and thus provide clear rules. Now we again fail to provide clear rules for future elections. The decision to leave election law hidden beneath a shroud of doubt is baffling....

Read full story
Some content from this outlet may be limited or behind a paywall.
See full media bias rating for The Daily Wire
From the Left
308
Elections
Supreme Court denies election appeal from Pennsylvania Republicans
CNN (Online News) 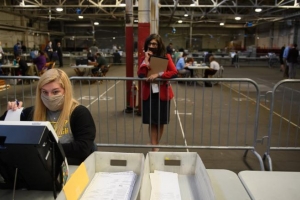 The Supreme Court on Monday denied an appeal from Republicans challenging a Pennsylvania Supreme Court decision that allowed ballots received up to three days after Election Day to be counted to accommodate challenges by the coronavirus pandemic. 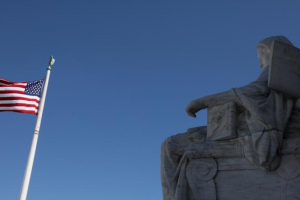 The U.S. Supreme Court on Monday brought a formal end to eight lingering disputes pursued by former President Donald Trump and his allies related to the Nov. 3 presidential election including a Republican challenge to the extension of Pennsylvania’s deadline to receive mail-in ballots.

The justices turned away appeals by the Republican Party of Pennsylvania and Republican members of the state legislature of a ruling by Pennsylvania’s top court ordering officials to count mail-in ballots that were postmarked by Election Day and received up to three days later.