The Senate passed a resolution on Wednesday to overturn the FCC's recent repeal of Obama-era net neutrality regulations. Supporters of today's decision argue that the move is necessary to protect consumers from paying higher rates for slower service, as well as to safeguard the public from fake news. Critics say that fears of increasing costs are unfounded and that the vote is a political stunt, as it is unlikely to pass in the House. 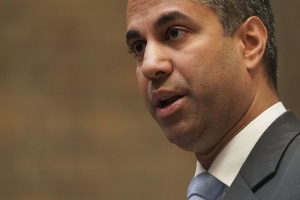 Democrats try to rile up millennials about a deregulated internet.

The Senate approved a resolution Wednesday to nullify the Federal Communications Commission's net neutrality rollback, dealing a symbolic blow to the FCC's new rule that remains on track to take effect next month.

It's not just about whether you will still be able watch Netflix.

PRESIDENT JOE BIDEN’S recent pick to chair the Federal Communications Commission, Jessica Rosenworcel, is welcome news to those who have been fighting to help...

Facebook passes final decision to ban Trump to oversight board

Facebook said Thursday it was referring the decision to indefinitely suspend Donald Trump's account to its newly-formed oversight board to make the final call...

A LAST-MINUTE CAMPAIGN by a coalition of groups working to check monopoly is being launched to stave off what they worry could be a series of calamitous...

Major tech platforms told the outgoing GOP chair of the Senate Commerce Committee that there was no coordination behind their decisions to ban former President...

Online harassment is often subjective when it comes to how people perceive the unpleasant or offensive behaviors that they encounter. Indeed, a notable share...

Judge Refuses To Reinstate Parler After Amazon Shut It Down

A federal judge is refusing to restore the social media site Parler after Amazon kicked the company off of its web-hosting services over content seen as...

Stand Down @Jack: Why The First Amendment Needs To Be Applied To Social Media
OPINION