Republican senators unanimously blocked Democrats' election legislation, known as the For the People Act, on Tuesday. The bill would loosen voter ID requirements, allow registration on election day, and expand early voting dates; it passed the House in March, but fell 10 votes short of the 60 needed to pass the Senate. On Tuesday, Senate Rules Committee Chairman Amy Klobuchar (D-Minn.) said of the bill “this is not the end of the line...this is only the beginning,” and pledged to hold more hearings to gain support for the bill across the country. Senate Minority Leader Mitch McConnell (R-Ky.) called the bill "rotten" Tuesday, saying it was an attempt to "rig" elections in favor of Democrats. The bill's supporters say it would expand voter access among marginalized communities; opponents claim it poses a threat to election security and is an attempt by the Democratic Party to gain more power.

Outlets from the left and center tended to analyze the Democratic Party's next moves regarding the bill. Some outlets on the right highlighted GOP lawmaker's comments about the bill. 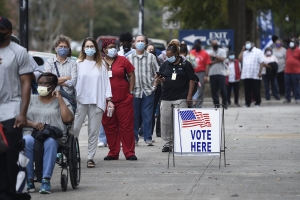 Senate Republicans Tuesday blocked sweeping legislation on election and campaign finance reforms that Democrats said is crucial to ensuring voting rights and saving democracy but the GOP blasted as a partisan power grab.

The "For the People Act" needed 60 votes to clear a procedural vote in the Senate Tuesday, but Republicans filibustered and killed the legislation from advancing to debate. No Republicans joined with the 50 Democrats on the motion to proceed. 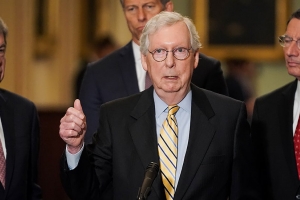 Senators voted 50-50 in the evenly divided Senate on advancing the For the People Act, splitting along party lines and failing to get the 60 votes needed to overcome a GOP filibuster.

The vote is the culmination of weeks of partisan rancor and behind-the-scenes talks over changing the nation's voting laws in the wake of the 2020 presidential election. 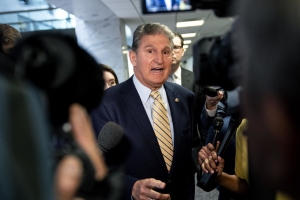 Senate Democrats suffered a loss on Tuesday when Republican opposition sunk their signature voting and election bill during a key test vote, underscoring the limits of the party's power with the narrowest possible Senate majority.

A procedural vote to open debate on the legislation was defeated by a tally of 50-50, falling short of the 60 votes needed to succeed. Democrats were united in favor of the vote after securing support from Sen. Joe Manchin of West Virginia, but Republicans were united against it, causing the measure to fail to...

Amid recent surging coronavirus cases in Florida, a top Republican National Committee official in the state has spread anti-vaccine rhetoric and misinformation...