The Senate voted 68-32 on Tuesday in favor of bipartisan legislation to boost U.S. competitiveness with China by investing about $250 billion in U.S. technology development. Specifically, the bill includes $52 billion for semiconductor production, invests in technologies like artificial intelligence, and creates a new technology directorate at the National Science Foundation. The bill, titled the U.S. Competition and Innovation Act, was initially sponsored by Sens. Chuck Schumer (D-N.Y.) and Todd Young (R-Ind.) in April and faced weeks of debate before it was passed. The Chinese government issued a statement Wednesday morning expressing its “strong dissatisfaction and resolute opposition” to the bill. The bill will now go to the House of Representatives, which may amend it; President Joe Biden said he looked forward to “signing it into law as soon as possible” in a statement issued Tuesday.

Coverage was mostly balanced across the spectrum. Some coverage described the bill as historically significant, with the New York Times calling it “the most significant government intervention in industrial policy in decades” and Fox News saying it could be the “most significant bipartisan achievement for current Congress.” 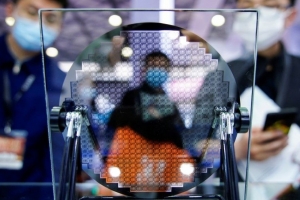 US Senate lawmakers have approved a massive spending plan to boost technology research and production.

The proposed measures come in the face of growing international competition, particularly from China.

A Beijing official hit back at the bill on Wednesday, saying it "exaggerated the 'China threat'".

The bill, which must pass the House of Representatives before being signed into law, is a rare point of agreement between Republicans and Democrats.

In a vote in the upper chamber of the US Congress, 68 of the 100-member Senate supported the measure, with 32... 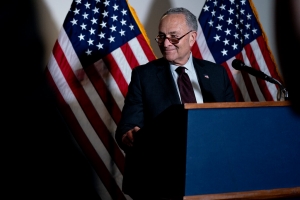 The Senate overwhelmingly passed legislation on Tuesday that would pour nearly a quarter-trillion dollars over the next five years into scientific research and development to bolster competitiveness against China.

Republicans and Democrats — overcoming their traditional partisan differences over economic policy — banded together to endorse what would be the most significant government intervention in industrial policy in decades. It includes federal investments in a slew of emerging technologies as well as the semiconductor industry.

Read full story
Some content from this outlet may be limited or behind a paywall.
See full media bias rating for New York Times (News)
From the Right
316
US Senate
Senate Passes Bill to Counter and Compete with China
National Review 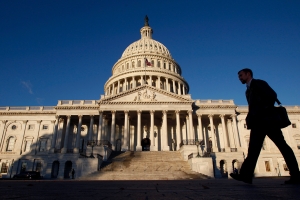 The Senate passed sweeping legislation Tuesday designed to counter and compete with China’s growing power by investing more than $200 billion over the next five years into scientific research and technology.

The bill, called the U.S. Innovation and Competition Act (USICA), was supported by both Republicans and Democrats in the chamber in a 68-32 vote to bolster funding for emerging industrial sectors, namely semi-conductors. The bipartisan approval of the measure signaled that both parties are prioritizing matching the authoritarian Chinese regime’s growing influence on the international stage. It shows a Republican shift from...

The Senate on Tuesday passed legislation to recognize Juneteenth as a legal public holiday. “Making Juneteenth a federal holiday is a major step forward to...

The one Biden priority Democrats are confident they can get done

Democrats are surprisingly confident about at least one item on President Joe Biden’s agenda: confirming judges. After four years of watching Senate...

Senators painted a confusing picture on the status of infrastructure talks as they left D.C. for the weekend, with some claiming major progress and others...

Tensions grow between liberals and centrists on infrastructure

The Senate unanimously approved a bill Tuesday that would make Juneteenth, the date commemorating the end of chattel slavery in the United States, a...

Senate Minority Leader Mitch McConnell (R-Ky.) is throwing fuel on a simmering fire over the Supreme Court by reviving a long-running war over the...

Progressive Democrats are wary of an emerging deal on infrastructure being negotiated by five Republican and five Democratic senators, fearing it could make it...

Senator who votes with Democrats wants Biden's 'hair on fire' to get interpreters...

A senator who typically sides with Democrats is pressing President Joe Biden to do more to help Afghan interpreters who assisted U.S. forces there...

The Senate passed legislation Tuesday that designates Juneteenth, the anniversary of the emancipation of those who were enslaved in the United States, a...

Senate Minority Leader Mitch McConnell said Monday that he would block a Supreme Court nominee from President Biden in 2024 if...