President Trump's attorney Michael Cohen revealed in federal court that one of his clients is Fox News host Sean Hannity, whose identity Cohen had tried to keep secret. After some called Hannity's ethics into question for failing to disclose the relationship, the host said that his conservations with Cohen were not significant enough to share with his employer or his viewers.

From the Left
5183
Media Bias
Sean Hannity: All the Times Host Defended Michael Cohen Without Revealing He Was Trump Lawyer’s Client
Newsweek 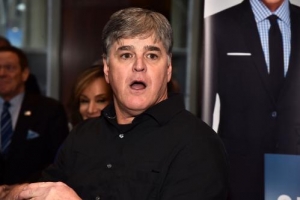 Fox News anchor Sean Hannity took to the airwaves for his daily radio show Monday after he was revealed as the third client of President Donald Trump’s personal attorney in Manhattan federal court.

A host of major news stories have been competing for Americans’ attention in recent weeks. But the public is more likely to have heard “a lot” about ongoing...

It's Too Late to Get These Facts Right About Breonna Taylor's Death?

It may be too late for the media to get the facts right about Breonna Taylor's death. At least too late to stop the riots currently being carried out in her...

President Trump is said to be zeroing in on Amy Coney Barrett as a nominee to fill Justice Ruth Bader Ginsburg’s seat on the Supreme Court, though the...