The Secret Service is being pressed about missing text messages from Jan. 5 and Jan. 6, 2021.

The Department of Homeland Security's inspector general gave the Secret Service a deadline of Tuesday to review the text messages of 24 specific employees for material relating to the Jan. 6 Capitol riot — a request that turned up only one new text conversation. The Secret Service says that the majority of the texts in question were deleted as part of a pre-planned "device-replacement program" at the agency. The deletion reportedly came after the IG had requested electronic communications records relating to Jan. 6. The National Archives and Records Administration is now asking the Secret Service to probe whether any texts from Jan. 5-6, 2021 were "improperly deleted."

Left- and center-rated news sources have covered the news more prominently than right-rated outlets, but most reports on all sides reflect a similar skepticism toward the Secret Service's story about the texts.

Voices across the spectrum, especially the left, criticized the Secret Service for purportedly deleting evidence and lying under oath. One writer for National Review cited several other recent examples of elected officials deleting records pertaining to potential criminal activity, and argued that deleting evidence has become "standard operating procedure for government officials seeking to evade public scrutiny." One writer for Salon questioned "whether the Secret Service deviated from standard procedures at the behest of people the Trump administration placed in command."

See Today’s News »   More Headline Roundups »
From the Left
5068
Justice
How did the Secret Service lose its Jan. 6 texts? So far, the explanations won't wash
Salon 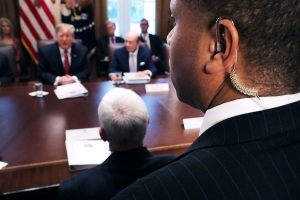 The U.S. Secret Service motto is "Worthy of Trust and Confidence." Recent events, including the apparent deletion of Jan. 6 evidence, have put a large question mark after that phrase, and the House select committee investigating the Jan. 6 insurrection is moving to answer the question. Producing a complete inventory of the agency's texts around Jan. 5 and 6, 2021, is vital to the committee's search for truth.

The Secret Service was already embroiled in controversy about whether former agents may have been involved in witness intimidation targeting star committee witness...

Read full story
Some content from this outlet may be limited or behind a paywall.
See full media bias rating for Salon
From the Center
5068
Justice
Secret Service turned over just one text after records request: report
The Hill 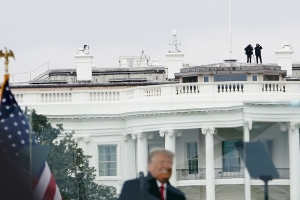 The Secret Service provided only one text exchange to the Department of Homeland Security’s inspector general for a month’s worth of records requests for 24 Secret Service personnel, CNN reported on Wednesday.

CNN obtained a letter from the Secret Service to the House select committee investigating the Jan. 6, 2021, Capitol riot, revealing that Inspector General Joseph Cuffari requested in June 2021 that the Secret Service provide text messages for two dozen personnel from Dec. 8, 2020, to Jan. 8, 2021.

The letter’s revelation comes in the aftermath of Cuffari informing the committee that the... 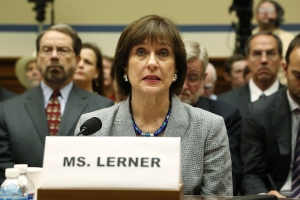 Item: The January 6 committee wants relevant text messages sent by and to Secret Service officers for its investigation. The Secret Service says Congress can’t have them, because they were accidentally deleted — at least some of them after the committee’s request for them had been made — as part of a “device-replacement program.”

Item: In 2014, congressional investigators demanded that the IRS turn over emails to and from Lois...