Russia announced Friday that it's seeking to take full control of Donbas and southern Ukraine during the second phase of its "special military operation."

The deputy commander of Russia's central military district said Friday that "Control over the south of Ukraine is another way to Transdniestria, where there is also evidence that the Russian-speaking population is being oppressed," according to Russian state media. Control of Transdniestria, a breakaway state of Moldova, could provide Russia a land corridor between Crimea, the Black Sea peninsula which Russia annexed in 2014, and Donbas in eastern Ukraine. Ukraine's Defense Ministry called the plan "imperialism" and said it was clear that Russia's goal is "the occupation of eastern and southern Ukraine" instead of Russia's previously-stated goals of "de-Nazifying" Ukraine.

The news was covered prominently by left- and center-rated sources, with fewer reports coming from right-rated outlets. All reports, regardless of bias, highlighted the Russian commander's quote and Ukraine's response. 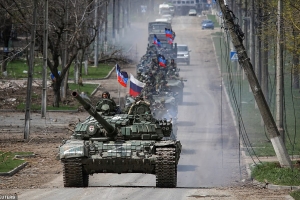 Russia has outlined plans to seize the entire Donbas and the south of Ukraine in the second phase of its offensive to create a land corridor stretching to Moldova.

The deputy commander of Russia's central military district, Rustam Minnekayev, said Russia planned to forge a corridor between Crimea, the Black Sea peninsula which Russia annexed in 2014, and the Donbas in eastern Ukraine.

The remaining Ukrainian fighters left in the port city of Mariupol are holed up at the vast Azovstal industrial facility which Putin has ordered to be blockaded, effectively condemning the soldiers... 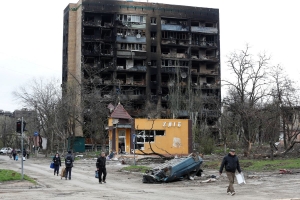 Russia plans to take full control of Donbas and southern Ukraine during the second phase of what it calls its special military operation, the deputy commander of Russia's central military district said on Friday, Russian news agencies reported.

The statement from Rustam Minnekayev, the deputy commander, is one of the most detailed about Moscow's latest ambitions in Ukraine and suggests Russia does not plan to wind down its offensive there anytime soon.

Minnekayev did not mention them by name, but two major Ukrainian cities in southern Ukraine, Odesa and Mykolayiv,... 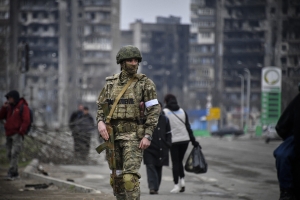 Russia plans to seize the Donbas region and southern Ukraine, a military official said, explaining the latter move was a “way to Transnistria“, the Russia-backed breakaway region in Moldova.

Rustam Minnekaev, deputy commander of Russia’s central military district, made the announcement on Friday at a meeting in Sverdlovsk, according to Russian media.

He said capturing Donbas would enable Moscow to forge a land bridge between the Crimea, the Black Sea peninsula it annexed in 2014, and the eastern region.

“Control over the south of Ukraine is another way to Transnistria, where there is...