Coverage showed significant differences, not just between left and right, but particularly within the left. Some reporting framed former vice president Joe Biden as the front-runner; other coverage focused more on his perceived blunders from Thursday. A significant amount of reporting from all sides of the spectrum, especially the right, painted Biden and Senators Elizabeth Warren (MA) and Bernie Sanders (VT) as the only remaining Democratic candidates with a legitimate chance at the presidency. 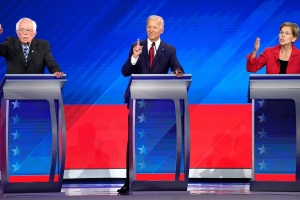 There’s an old joke often expressed well into banquets and conferences, where a speaker says, “We’re at the point where everything that needs to be said has been said, but not everyone has said it.” We’re already at that point with the Democratic primary debates. Tonight was a three-hour ordeal, and candidates largely repeated the arguments they made in the previous two debates. There’s not much reason to expect tonight will generate any dramatic swings in the polling in the coming days or weeks. The conventional wisdom will remain that... 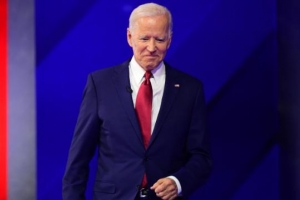 With each debate, former Vice President Joe Biden's performance has improved. He handled the predictable incoming questions much better than past debates with greater passion and authenticity. Biden finally began to remind voters of his experience and accomplishments, not only as a senator, but as vice president, proudly serving at the side of the Democrats' most popular living president. No one else in this race has that resume.

Going forward, Biden needs to continue to focus on his proven ability to get things done, his readiness to lead on day... 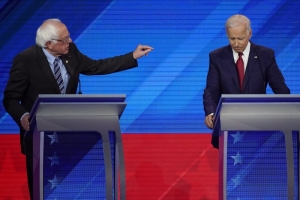 HOUSTON (AP) — Democratic debate night No. 3: Attacks and counter-attacks. Love for one former president, loathing for the current one. A 76-year-old front-runner essentially got called old, and he turned around and called another rival a “socialist.”

But will it change the fundamentals of a nominating fight that remains remarkably stable at the top with five months until voting begins? Here’s a look at some takeaways and potential answers:

The third Democratic debate seemed to end in a 10-way tie.

CBS News
Elections
Biden has four great options for a black female running mate. One is his best.
OPINION