Previewing Tuesday's High-Profile Primaries in Georgia and 2 Other States, Runoffs in Texas

Voters in Georgia, Alabama and Arkansas will go to the polls Tuesday for their state's 2022 midterm election primaries.

In Georgia, a key battleground state, the gubernatorial race is on. Currently, Gov. Brian Kemp (R) is leading in the polls against Trump-backed former Senator David Purdue.  Kemp lost former President Donald Trump's support when he certified the 2020 presidential election results in Georgia following two recounts of the vote. Whoever wins the primary will likely face Democrat Stacey Abrams in November.  In the Georgia Senate Race, Trump-backed Herschel Walker will likely win his primary to face incumbent Sen. Raphael Warnock (D) in November.

News sources across the political spectrum said the races, especially in Georgia and Texas, are a test of Trump's continued political influence and clout. 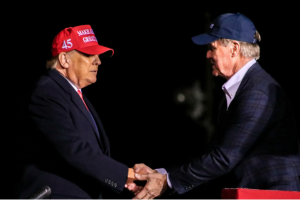 Former President Donald Trump has targeted Georgia Gov. Brian Kemp for nearly a year and a half.

And on the eve of the Peach State’s primary – with Trump backing Kemp challenger former Sen. David Perdue – the former president took aim at the governor one last time before voters headed to the polls.

"Brian Kemp is truly an embarrassment to the Republican Party because of what's taken place in your great state, Georgia," Trump charged during a tele-rally Monday evening on behalf of Perdue. "And David will make a massive upgrade as... 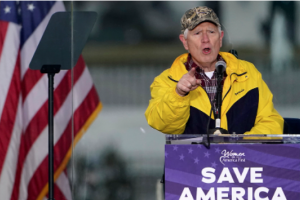 Republicans are gearing up for a handful of hotly contested primaries on Tuesday in Georgia, where GOP voters appear poised to buck former President Trump and his endorsed candidate in the state’s primary for governor.

But Tuesday’s primaries — which will additionally take place in Alabama and Arkansas, along with a key runoff in Texas — also carries stakes for progressives and Republicans who broke with Trump over his false claim that the 2020 election was stolen from him.

Here are five things to watch in the May 24 primaries.

Can Trump evade a... 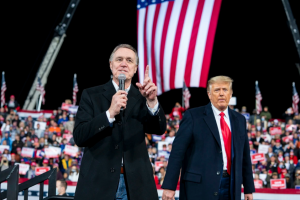 Former President Donald Trump is facing what could be his biggest electoral defeat since 2020 as he attempts to settle old scores against fellow Republicans in Georgia.

In the marquee race of the day, which includes primaries in Alabama and runoffs in Texas, Trump-backed David Perdue is sputtering in his bid to unseat Georgia Gov. Brian Kemp, whom the former president is determined to oust for not joining his effort to overturn the state's presidential election results two years ago.

Polls leading up to Election Day indicate Kemp had a wide lead over Perdue, a former...