Representative Ayanna Pressley (D-MA) is planning to introduce a resolution seeking an impeachment inquiry into Supreme Court Justice Brett Kavanaugh. Some top Democrats are reluctant to pursue this amid concerns about the basis of the latest accusations. Congressman Jerry Nadler (D-NY), chairman of the House Judiciary Committee, says the Committee will have its hands full determining whether or not to impeach President Trump. 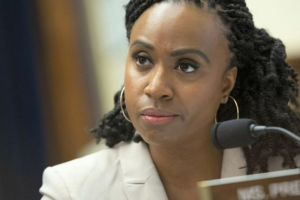 Rep. Ayanna Pressley, D-Mass., one of the four freshman congresswomen known collectively as the “Squad,” is planning Tuesday to introduce a resolution seeking an impeachment inquiry into Supreme Court Associate Justice Brett Kavanaugh, despite reluctance from top Democrats to pursue one and concerns about the basis for the latest accusations.

The resolution follows a New York Times report that included a new allegation of sexual misconduct from when Kavanaugh was in college -- although an editors' note later revealed that the alleged victim did not recall it taking place. In... 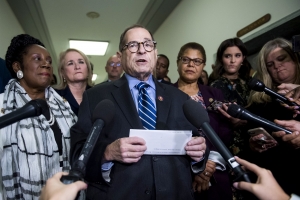 House Judiciary Committee Chairman Jerry Nadler, D-N.Y., responded to calls for an investigation into Supreme Court Justice Brett Kavanaugh in light of new sexual misconduct allegations by saying that the panel has "our hands full with impeaching the president."

In a radio interview with WNYC on Monday, Nadler was asked if he’d be concerned with Democrats thinking he’s not taking the Kavanaugh allegations seriously enough. He said his committee has too much on its plate.

"We have our hands full with impeaching the president right now and that’s going to... 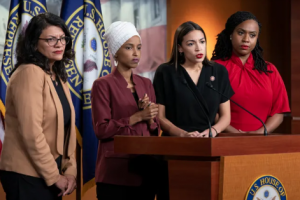 “I believe Christine Blasey Ford. I believe Deborah Ramirez. It is our responsibility to collectively affirm the dignity and humanity of survivors,” she said in a statement to Boston public radio station WBUR.

Pressley was referring to the two women who had accused Kavanaugh of sexual misconduct during his contentious nomination process last October.

“Sexual predators do not deserve a seat on the nation’s highest court...