Just twenty minutes before Derek Chauvin’s guilty verdict was announced on Tuesday, a police officer in Columbus, Ohio fatally shot Ma’Khia Bryant, a 16-year-old black girl in foster care. Body camera footage released less than six hours after the incident showed Bryant swinging a knife at another girl when the officer shouted “Get down!” three times and shot her four times; Bryant died later at a hospital. According to Bryant’s aunt, Bryant had dropped the knife before the shooting and had called the police for help after a group of “older kids” allegedly threatened her with assault. Police said they responded to a 911 call about an “attempted stabbing,” but could not confirm the identity of the caller as of Wednesday. The shooting sparked protests throughout Columbus on Tuesday and Wednesday. Many prominent figures spoke out about the incident, and White House Press Secretary Jen Psaki called the killing “tragic.”

Outlets from across the spectrum covered the shooting and the public response. Coverage in right-rated outlets often criticized the left and left-rated outlets’ response to the shooting, particularly criticizing some tweets, headlines and video editing that downplayed or did not mention Bryant’s knife. While some of these headlines were published before the release of body camera footage and later updated, some were not. 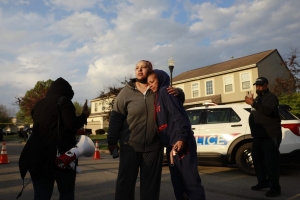 In an unprecedented move, Columbus police showed body camera footage of the shooting of a 16-year-old girl by a Columbus police officer just hours after the incident on the Southeast Side.

The shooting, which happened about 20 minutes before a guilty verdict was announced in the trial of Derek Chauvin, a former Minneapolis police officer who killed George Floyd, prompted hundreds to protest at the shooting site and Downtown.

Read full story
Some content from this outlet may be limited or behind a paywall.
See full media bias rating for The Columbus Dispatch
From the Left
350
Violence in America
Ohio officials release more body cam video of fatal police shooting of Black teen and urge community to await the facts
CNN (Online News) 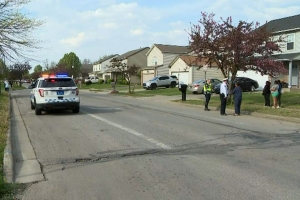 "We don't yet have all of the facts but we do know that a 16-year-old girl, a child of this community, tragically died last night," Columbus Mayor Andrew Ginther told reporters.
"Bottom line: Did Ma'Khia Bryant need to die yesterday?" he added. "How did we get here? This is a failure on the part of our community. Some are guilty but all of... 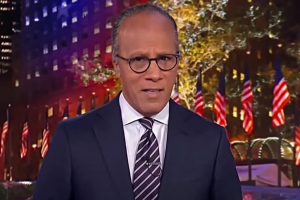 Media Research Center news analyst Nicholas Fondacaro called out NBC News for editing out a portion of a frantic 911 call in which a woman is heard saying: "It's these grown girls over here trying to fight us, trying to stab us, get here now!"

NBC did air a brief audio clip from the call in which the woman...

Prosecutors are asking a judge to give Derek Chauvin a more severe penalty than state guidelines call for when he is sentenced in June for George Floyd's death...

Attorneys for the family of Andrew Brown, a Black man killed by deputies last week, said on Tuesday an independent autopsy showed he was shot five times,...

Adam Toledo is a name that has likely saturated your newsfeed over the past month. He was a 13-year-old Mexican-American boy who was fatally shot by a police...