Pfizer Raises $3.5 Billion from Coronavirus Vaccines in First Quarter of 2021

Pfizer raised $3.5 billion in revenues from its coronavirus vaccine in the first quarter of 2021, the company announced Tuesday morning. This exceeded analysts’ expectations and accounted for 24% of the company’s $14.6 billion in quarterly earnings. Pfizer also raised its forecast for total 2021 coronavirus vaccine sales by over 70% to $26 billion; Moderna has forecasted $18.4 billion in 2021 vaccine sales. Pfizer CEO Albert Bourla told investors a “durable demand” for the vaccine, “similar to that of the flu vaccines,” was likely. The earnings report comes as calls grow to waive coronavirus vaccine patents, which would allow countries to manufacture the life-saving vaccines while cutting profits for Pfizer and Moderna; AstraZeneca and Johnson & Johnson have pledged not to profit off of their vaccines.

Pfizer Raises $3.5 Billion from Coronavirus Vaccines in First Quarter of 2021 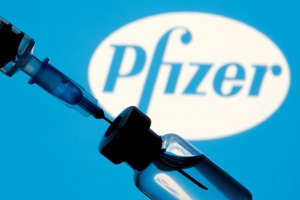 Last year, racing to develop a vaccine in record time, Pfizer made a big decision: Unlike several rival manufacturers, which vowed to forgo profits on their shots during the Covid-19 pandemic, Pfizer planned to profit on its vaccine.

On Tuesday, the company announced just how much money the shot is generating.

The vaccine brought in $3.5 billion in revenue in the first three months of this year, nearly a quarter of its total revenue, Pfizer reported. The vaccine was, far and away, Pfizer’s biggest source of revenue. 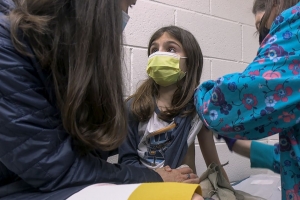 Pfizer Inc. said it expects its Covid-19 vaccine to generate about $26 billion in sales this year, a major increase from several months ago that reflects the shot’s growing role in the global vaccination campaign.

The company also said Tuesday it is working on making the two-dose shot easier for vaccinators to administer and store. It has begun studying an updated version of the vaccine for the dangerous Covid-19 variant first identified in South Africa.

The Pfizer vaccine is the most-administered of the three Covid-19 vaccines cleared for use in...

Read full story
Some content from this outlet may be limited or behind a paywall.
See full media bias rating for Wall Street Journal (News)
From the Right
13320
Coronavirus
Pfizer expects $26 billion in 2021 sales from COVID vaccine
New York Post (News) 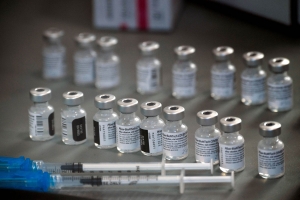 Pfizer said Tuesday it expects to do $26 billion in sales this year from its two-shot COVID-19 vaccine alone.

That’s up more than 70 percent from its last forecast, largely thanks to new contracts signed with countries struggling to get their hands on vaccine doses.

The estimate assumes that Pfizer will deliver 1.6 billion doses of its COVID-19 vaccine in 2021. Across all of its products, Pfizer said in its first-quarter earnings report that it expects to make between $70.5 billion and $72.5 billion in revenue this year.

The number of births in the U.S. fell 4% in 2020, dropping to the lowest level since 1979 and continuing a multi-year trend of declining birth rates. That's...

'I wish I had a concrete answer.' Oregon confronts perplexing vaccine hesitancy as Covid-...

This mountainous frontier city on the Columbia River plateau romanticizes the pioneer personality of the Old West and celebrates its rugged past with one of...

The White House on Tuesday told states that coronavirus vaccine doses they choose not to order will become available to other states — the most significant...

Biden’s new goal: get 70% of Americans vaccinated by Fourth of July

Joe Biden has announced a goal of ensuring 70% of American adults receive at least one dose of the coronavirus vaccine by Independence Day on 4 July. The US...

Teams of experts are projecting COVID-19′s toll on the U.S. will fall sharply by the end of July, according to research released by the government Wednesday...

A tale of two pandemics: Europe and US take different exits

As they begin to emerge from the pandemic, Europe and the U.S. find themselves in different places with different priorities that reflect their values and...

The CDC's Guidance for Summer Camps Is Insane
OPINION

President Joe Biden announced a new vaccination goal on Tuesday while providing an update on the pandemic, aiming for 160 million U.S. adults to be fully...