On Monday, right-rated news outlet Revolver News published a story calling for probes into whether the government may have had undercover agents within extremist groups that participated in the deadly violence at the U.S. Capitol on Jan. 6. Fox News host Tucker Carlson later picked up the story on his Tuesday night show. The argument points to the indictments of several people who were allegedly involved in Capitol breach planning. Those indictments allegedly reference several co-conspirators who were not indicted. Carlson speculated the unindicted co-conspirators were not charged because those people are undercover law enforcement officers; and, if this the case, the government would have known about the breach, and could have acted to stop the violence, but failed to do so.

Some right-rated outlets, along with Fox News, picked up Revolver News' story. On Wednesday, Twitter highlighted the story, saying that "some people who participated in the attacks were named as 'unindicted co-conspirators'...and according to legal experts, undercover agents cannot be named as unindicted co-conspirators." Carlson later responded to the Twitter highlight, saying, "so in an effort to shut us down Twitter just confirmed what we suggested was true! Thanks Twitter! They are morons!" Headlines from center- and left-rated outlets tended to shoot the article down as a false conspiracy; some, including a professor Snopes cited, still hold it could be "possible that there were undercover FBI agents who had infiltrated extremist organizations that participated in the attack on the Capitol." 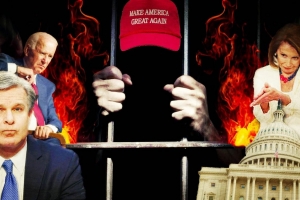 Of all the questions asked, words spoken, and ink spilled on the so-called “Capitol Siege” of January 6, 2021, none hold the key to the entire event quite like what Sen. Amy Klobuchar asked of Christopher Wray.

The Democrat from Minnesota asked the Trump-appointed FBI Director: Did the federal government infiltrate any of the so-called “militia” organizations claimed to be responsible for planning and executing the Capitol Siege? 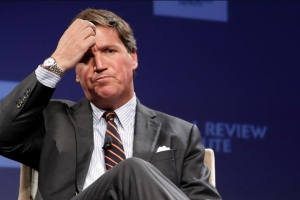 Fox News, right-wing websites and Republican lawmakers are promoting a new false flag conspiracy that the FBI orchestrated the deadly assault on the US Capitol.

The haywire theory originated from an article published Monday by Revolver News, a right-wing website. From there, it was picked up by Fox News host Tucker Carlson, who used his opening segment on Tuesday night to slam the FBI, saying it played a role in the January 6 attack.

Several Republican lawmakers quickly piled on. They entered the article into the congressional record, tweeted about the Fox... 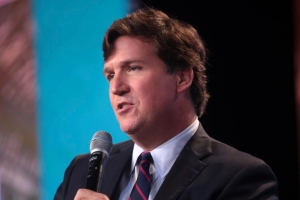 During his Fox News primetime show on June 15, 2021, host Tucker Carlson launched into a diatribe accusing the FBI of orchestrating the Jan. 6 attack on the U.S. Capitol. His basis? Charging documents in criminal cases cite “unindicted co-conspirators.”

“What does that mean? Well, it means that in potentially every single case, they were FBI operatives,” Carlson asserted. This comment may have been stated as fact, but it is in fact flimsy, when scrutinized, which we will do below.

Carlson cited a report on the website Revolver.news, an opaque, pro-Trump site that regularly promotes media...

ProPublica and a coalition of 15 other news organizations including The Washington Post, The Associated Press, CBS and NBC have been suing for access to the...

The comparison has become a staple among right-wing figures in the news media and Republican politicians: The attack on the Capitol on Jan. 6 was really no...

Attorney General Merrick Garland in Chicago on Thursday and Friday to bolster city’s battle with...

Attorney General Merrick Garland returns to his native Chicago on Thursday and Friday to bolster the city’s battle with unrelenting gun violence. Garland,...

Violent crime is on the rise in urban areas across the country. Many small cities that typically have relatively few murders are seeing significant...

Florida man gets 8 months in prison in U.S. Capitol attack

A federal judge on Monday dealt an eight-month prison sentence to Paul Hodgkins for the Florida man’s role in the Jan. 6 U.S. Capitol attack, making him the...

Bans on handgun sales to people under 21 ruled unconstitutional

Over the past year anti-racism protests have swept the United States, sparked by the death of George Floyd at the hands of now-convicted former Minneapolis...

On Twitter, the House Republican Conference posted an image of rising homicide rates in seven cities with this bit of misleading commentary: “Welcome to...

Chicago expressway shootings continue to surge, as authorities search for answers following the latest two incidents on the same day at...

A deputy sheriff in East Vancouver Washington was killed in a shooting incident on Friday evening. Local Antifa have taken to social media to...

A 6-year-old girl was killed and five adults hurt after someone opened fire near a Popeye’s in Washington D.C., police said. The child was pronounced dead...

The special congressional panel investigating the Jan. 6 attack on the U.S. Capitol by supporters of former President Donald Trump said on Wednesday it would...