Perspectives: The Politicization of Inflation

Amid rising consumer prices and debates over large federal spending bills, the government's role in fueling or relieving Americans' economic burdens is a subject of debate. Many Republicans say current Democratic policies and high-cost spending bills will make current inflation worsen in coming years, hurting consumers, workers and families. The Federal Reserve maintains that current inflation will only be temporary, a stance that President Joe Biden and other prominent Democrats have echoed while advocating for spending packages they say will better the lives of average Americans.

Right-rated voices have covered inflation fears more prominently, with some accusing Democrats of dismissing inflation fears while supporting harmful economic policy. Left- and center-rated voices have been less accusatory, often exploring the likelihood of inflation worsening and financially-sustainable legislation being agreed upon in Congress. Some financial news outlets, such as the Wall Street Journal, published some reports that suggest inflation will be temporary, and others addressing how it may still cause significant short-term issues; others, such as CNBC (Center bias), highlighted voices who accused the Federal Reserve of being overly optimistic about inflation only being temporary. 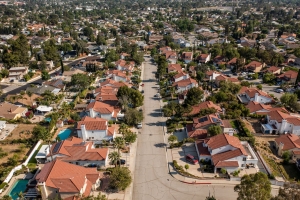 There are two kinds of inflation. One results from demand growing faster than the economy’s productive capacity, causing the economy to overheat. Call that good inflation, because it is usually linked to a stronger economy. By contrast, bad inflation results from constricted supply which curtails output, driving up prices and eroding incomes, leading to a weaker economy.

Much of the debate over inflation is whether the good sort—i.e., overheating—is about to happen. But investors are signaling that the bad sort is the bigger risk to the economy. As measured inflation...

Read full story
Some content from this outlet may be limited or behind a paywall.
See full media bias rating for Wall Street Journal (News)
From the Right
302
Economy and Jobs
Dems Dismiss Inflation Fears
Washington Free Beacon 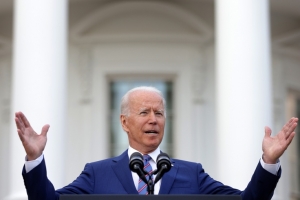 President Joe Biden and congressional Democrats are dismissing concerns over skyrocketing inflation, saying trillions of dollars on social programs and alternative energy projects should be passed regardless of the price tag.

Sen. Brian Schatz (D., Hawaii) said Monday a "serious inflation problem" would not change his party's plan to push forward with a multitrillion-dollar spending package. The Democrat argued that voters would rather fight climate change than address rising consumer prices.

"It is hard to argue that 50 years from now the question will be how did this Congress manage...

Read full story
See full media bias rating for Washington Free Beacon
From the Left
302
Economy and Jobs
For Democrats, the pain of inflation is no reason to stop spending
NBC News (Online) 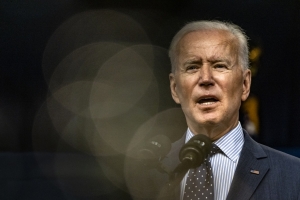 That's the message Democratic leaders are sending as they try to push more than $4 trillion into the economy to build infrastructure, fight climate change and ease the financial cost of child and elder care for families.

President Joe Biden says the 5.4 percent increase in the price of a basket of goods over the 12 months that ended in June is "temporary," and a private White House presentation obtained by NBC News encourages Democratic lawmakers to focus on how Biden's plan "lowers costs for working families rather than how it gets people...

Producer prices rose at their highest annual pace on record in August and slightly above expectations, with the newest inflation-related datapoint likely...