Perspectives: The Errant US Drone Strike That Killed 10 Civilians in Kabul

A U.S. drone strike that mistakenly killed 10 civilians in Kabul, Afghanistan has prompted criticism of the U.S. military and the Biden administration from across the spectrum. The Pentagon called the strike a "tragic mistake" Friday following an internal investigation. It was initially reported that the strike, which came days after the Kabul suicide bombing that killed over 170 people, killed terrorists who posed an imminent threat to Kabul's airport. The Air Force has been directed to appoint a general who will review the Pentagon's investigation. Among the 10 killed in the strike were seven children and a former U.S. aid worker.

Voices across the spectrum called for consequences for U.S. military leadership. Criticism of the strike was much more common from right-rated voices. Some compared the media's purportedly weak coverage of the mistake with the outrage that followed a drone strike that killed a top Iranian general last year, which was authorized by former President Donald Trump. Few left-rated voices published opinions about the strike; some left-rated outlets did publish "letters to the editor" from readers condemning it and urging leaders be held accountable. 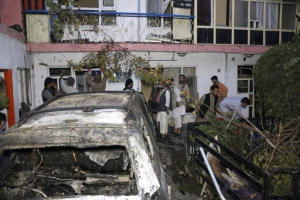 From the first weeks of the Afghanistan war to its final days, U.S. officials repeatedly championed the use of aerial surveillance technology to distinguish friend from foe, fighter from civilian, and eliminate America’s enemies with pinpoint accuracy. The technology was heralded as a way to minimize civilian casualties and reduce the risks and costs of ground deployments. In practice, though, the U.S. military got it wrong — a lot — leading to high-profile civilian deaths and handing the Taliban a potent recruitment tool.

After weeks of hesitation, the Pentagon admitted Friday that it...

Read full story
Some content from this outlet may be limited or behind a paywall.
See full media bias rating for St. Louis Post-Dispatch
From the Right
312
Middle East
A Tale of Two Drone Strikes
National Review 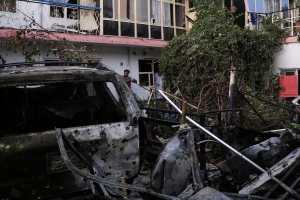 When then-President Trump ordered a strike that killed two leaders of two terrorist organizations with zero collateral damage, many in the media, academia, and Hollywood immediately condemned it as impulsive and dangerous. When President Biden ordered a drone strike against alleged ISIS-K members that instead killed an aid worker and his family, the reaction in those same quarters amounted to barely a reprimand.

The study in contrasts underscores just how differently the two presidents’ actions are filtered through the media and academia prisms.

Read full story
Some content from this outlet may be limited or behind a paywall.
See full media bias rating for National Review
From the Left
312
Middle East
The US military needs to do more than apologize for its deadly 'mistake' in Kabul
CNN (Opinion) 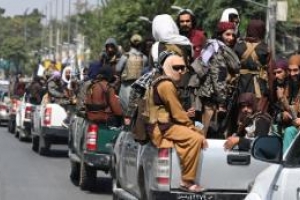 On August 29, a US drone strike killed 10 members of one family in Kabul. That same day, the Pentagon announced that the operation successfully targeted a suicide bomber affiliated with ISIS-K, who had allegedly filled a car with explosives as part of a suspected plan to attack the Hamid Karzai International Airport, where US troops raced to complete their evacuation operation a day before their deadline.

The chairman of the Joint Chiefs of Staff, Gen. Mark Milley, had previously called the attack a "righteous strike," days after two bombing attacks outside the airport killed 13 US...

The US suffered a setback in the race with China and Russia to develop hypersonic weapons when its latest test failed, the Pentagon said in a...

A Marine lieutenant colonel who was thrown in the brig for posting videos in which he criticizes the chairman of the Joint Chiefs of Staff and other senior...

US Empire Is Lining the Pockets of Defense Contractors
OPINION

The costs and consequences of the United States’s twenty-first-century wars have by now been well-documented — a staggering $8 trillion in expenditures and...

Testimony from Defense Secretary Lloyd Austin and Chairman of the Joint Chiefs of Staff Gen. Mark A. Milley before the Senate Armed...

Live updates: Milley, Austin and McKenzie to testify before Congress on Afghanistan, China

The nation's top military leaders will face lawmakers on Capitol Hill on Tuesday in a hearing expected to touch on some of the most contentious...

Unidentified drones struck positions near a U.S. military garrison located in a remote stretch of southeastern Syria close to the borders with Jordan...

Former President Donald Trump has repeatedly criticized the U.S. withdrawal from Afghanistan and pointed towards the cost of equipment left behind in...

Congress is trying, again, to end hunger in the military

In 2016, Erika Tebbens was living outside Seattle, one of the most expensive places in America, trying to feed a family of three on her husband’s enlisted...

The Navy has set a timeline for all sailors to comply with mandatory COVID-19 vaccinations or provide a valid exemption, and it has set punishment for those...

The vetting process for military and Department of Defense personnel is now "continuous" as it applies to checks for security clearance approval. The building...

A Marine lieutenant colonel who was imprisoned for criticizing military leadership about the withdrawal from Afghanistan, during which a suicide attack left...