Columbus Day, also recognized as Indigenous Peoples' Day in some parts of the United States, annually draws differing opinions on Christopher Columbus' legacy and his impact on Native American peoples and the overall development of the North American continent.

Some left-rated voices explored possible connections between Columbus' journey in 1492 and religious bigotry. Some right-rated voices focused specifically on celebrating Columbus' legacy, framing critiques of him as attempts to unjustly rewrite history. 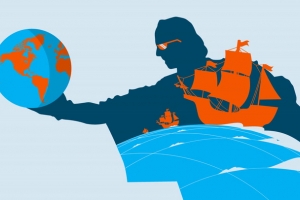 Christopher Columbus, the most famous explorer in history, was once a celebrated hero. Now, many consider him a villain, a despoiler of paradise. So which version of Columbus is true? Michael Knowles answers this question and offers some much-needed historical perspective.

For centuries, he was universally admired as a hero. Now he’s widely considered to be a despoiler of paradise, an... 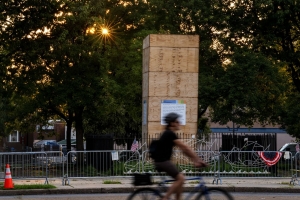 Oct. 12 marks the federal holiday of Columbus Day — or, if you live in jurisdictions like the District of Columbia, Indigenous Peoples Day. The debate over honoring Christopher Columbus as a consequential historical figure, vs. decrying Columbus as a driving force behind the genocide of Native Americans and transatlantic slavery, returned to Philadelphia this year. The city’s Art Commission voted in August to remove the Columbus statue from Marconi Plaza following protests and conflict at the site, including weapon-carrying vigilantes who claimed to be protecting the statue in June.... 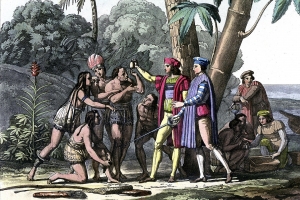 Tucked inside historian Alan Mikhail’s new biography of Sultan Selim, the ambitious early-16th-century ruler of the Ottoman Empire, is a riveting series of chapters about Christopher Columbus. Mikhail’s ambition in writing God’s Shadow: Sultan Selim, His Ottoman Empire, and the Making of the Modern World was to restore the place of the Ottoman Empire in the global history of the early modern period. To that end, the Columbus chapters make the argument that at its inception, European exploration of the New World can be understood as an ideological extension of...

Santa Claus is coming to town with a few extra precautions this year. Old Saint Nick will pose for photos from inside an acrylic snow globe in Richmond. He’...

It’s been a tough year for many small businesses as COVID-19 restrictions and lackluster federal aide have taken a big toll, especially on minority-owned...

Their Loved Ones Died Of COVID. The Holidays This Year Will Be Completely Different.

This holiday season will be unlike any other for the Fowlers. After their patriarch, David Fowler, and his son Gary died from the coronavirus in April, and...

As An Indigenous Woman, I Always Hate Thanksgiving. This Year I’m Terrified Of It.
OPINION

I used to think it was enough, every Thanksgiving, to post Wednesday Addams’ famous Thanksgiving monologue. Like most Indian kids across the country, when I...

Pandemic-weary Americans entered the holiday season on Friday under strong pressure from political leaders and health officials to stay home, avoid most...

NEW YORK (AP) — After months of slumping sales and businesses toppling into bankruptcy, Black Friday is offering a small beacon of hope. In normal times,...

In 2018 and 2019, Hadley Barndollar covered a Thanksgiving charitable event in Portsmouth, New Hampshire. She calls it the highlight of her year. The...

For historic Mississippi church, a day of Thanksgiving

Blessings in a Hard Year
OPINION

It’s been a fairly gruesome year—pandemic, lockdowns, economic woe, death and illness. We’ve done a column in past years asking friends and acquaintances what...

Thanksgiving Is Not a Lie
OPINION

We live in a time of heedless iconoclasm, and so one of the country’s oldest traditions is under assault. Thanksgiving is increasingly portrayed as, at best...

President-elect Joe Biden on Wednesday called on Americans not to gather with extended families for Thanksgiving, saying it was a “patriotic duty” to limit the...